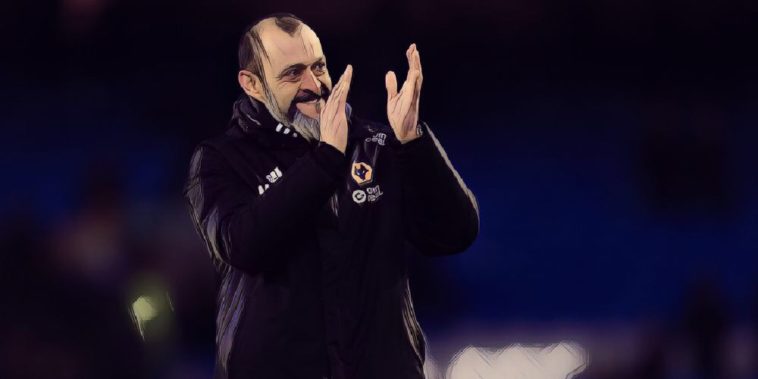 Wolves have confirmed that manager Nuno Espirito Santo will step down from his position at Molineux this summer.

Nuno’s four-season spell with Wolves will come to an end following the club’s final fixture of the Premier League season against Manchester United this weekend, the Portuguese coach having enjoyed an impressive reign that has included promotion from the Championship and Europa League qualification.

After back-to-back seventh-placed finishes in each of their first two seasons back in the top tier, Wolves have regressed this season and currently sit 12th, with the club now confirming a change of direction.

“Wolves can confirm head coach Nuno Espírito Santo will leave the club, by mutual agreement, after Sunday’s match against Manchester United,” a statement on the club website reads.

Nuno has penned an open letter to the Wolves’ supporters thanking them for their support throughout his time in charge, before praising the club’s staff and players for their role in the club’s upward journey in recent campaigns.

“Since the first day we arrived at Compton, our ambition was to make a positive change and push this football club forward, and I am proud to say that we did that every single day. We achieved our goals, we did it with passion and we did it together,” said the Portuguese.

“Firstly, I want to thank the supporters, who have all played such an important part in helping us reach new heights for Wolves, and the people of the city, who embraced us and made us feel at home.

“I, of course, want to thank all of the staff at Wolves, for their support and total commitment, every single day.

“Most importantly, I want to thank each-and-every player that we’ve worked with since the day we started, for their loyalty, their dedication, hard work and talent. They are the ones who have made this amazing journey possible for us.

“Sunday will be a very emotional day, but I am so happy that the fans will be back in Molineux and we can share one last special moment together, as one pack.”