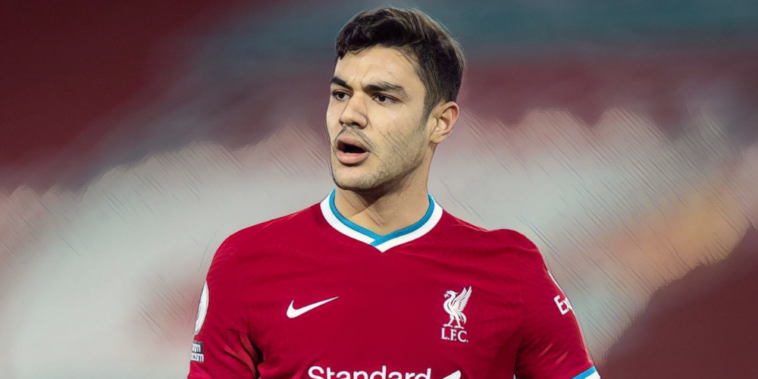 Ozan Kabak has penned a farewell letter to Liverpool fans after returning to Schalke following his loan spell at the club.

Kabak signed for Liverpool on loan during deadline day of the January transfer window, as the Reds sought centre-back additions following a succession of defensive injuries.

The 21-year-old made 13 appearances across all competitions and helped Liverpool secure Champions League qualification with a top-four finish, though Jurgen Klopp opted against signing the Turkey international on a permanent basis for £18m.

Liverpool instead moved to sign Ibrahima Konate from RB Leipzig in a £35m deal, though Kabak has penned a letter to the club’s fanbase thanking them for their support during his brief spell on Merseyside.

Speaking vin an open letter on the Liverpool website, Kabak writes: “Dear Liverpool family, I would like to thank you for the compassion and support you have shown towards me since the day I arrived. I believe the experience I have gathered during my four-month stay here has been a very important one.

“I have learned a lot from my manager Jürgen Klopp and all my teammates and I was proud to be part of this special family. I will always “remember my days here at Liverpool with great happiness and the special song which you have kindly gifted me.

Schalke’s relegation from the Bundesliga has left Kabak in search of a new club with the defender available for transfer this summer, clubs including Bayer Leverkusen, Leicester, Tottenham and Newcastle having been linked with the youngster.

Read Also – Euro 2020: Eight players that shone during the round of 16 fixtures