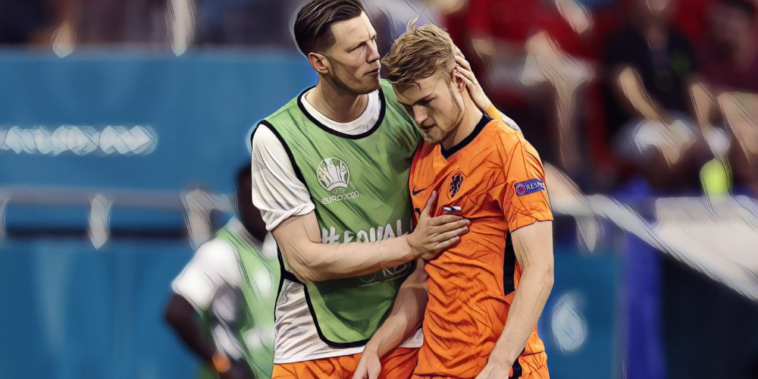 Euro 2020’s round of 16 was packed full of goals, drama and entertaining encounters, with England, Belgium and Italy amongst the teams to have secured their passage to the quarter-finals.

There was less positive news for holders Portugal and world champions France however, both teams crashing out with the latter stunned by Switzerland on penalties following a thrilling 3-3 draw.

Knockout football at major tournaments can be brutal affairs, with just one mistake often enough to prove decisive and several stars endured performances to forget in the last 16 this week.

Spain sealed their place in the last eight following a classic eight-goal thriller against Croatia, La Roja emerging victorious in extra-time after the Croatians had fought back to force an additional 30 minutes.

Luis Enrique’s side had earlier handed Croatia the lead in embarrassing fashion, with goalkeeper Unai Simon responsible for the conceding of a comical own goal.

The Athletic Bibao shot-stopper has been trusted as Spain’s number one this summer but endured a horrible moment after 20 minutes, taking his eye off Pedri’s backpass to allow the ball to bounce over his foot and in for a Croatia goal.

🚨 Stop scrolling and watch this! 🚨

The midfielder had perhaps overcooked his pass slightly, but there was no excuse for Simon’s howler in an incident that seemed to rock the Spanish in the opening in exchanges.

In fairness, the 24-year-old showed character and recovered to make some vital saves and earn redemption, but his backpass blunder is a moment he will want to quickly forget as Spain prepare for the quarter-finals.

Trailing to their old rivals at a feverish Wembley, there will have been no player on the pitch that Germany would rather have their biggest chance fall to as Thomas Muller raced clear following a Raheem Sterling mistake.

Muller has been a regular goalscorer in major tournaments and has so often delivered for club and country on the biggest of occasions, though with the scores at 1-0, the 31-year-old fluffed his lines to drag his one-against-one wide and spurn Germany’s best opportunity of the afternoon.

The Bayern Munich star was recalled to the squad after an international exile ahead of Euro 2020, though will have been disappointed with his showing as Joachim Low’s side crashed out to England.

The jewel in the French crown has had little in the way of setbacks during an extraordinary rise to the summit of the world game, but Mbappe must now shoulder the blame after his penalty miss saw the world champions crash out of Euro 2020.

Euro 2020 has not been Mbappe’s tournament, despite flashes of the electric pace and movement that has terrorised defences across Europe in recent seasons, the 22-year-old returns home without a goal.

France only have themselves to blame for a disappointing last-16 exit to Switzerland, having come from behind to hold a 3-1 lead with just nine minutes of the clash remaining.

🚨 SOMMER SAVES MBAPPE'S PENALTY AND SWITZERLAND HAVE KNOCKED FRANCE OUT!!! 🚨

A late collapse resulted in the lottery of a penalty shoot-out and it was Mbappe – stepping up fifth for the crucial kick – who spurned his effort, his spot-kick a perfect height for Yan Sommer to push away and send Switzerland through.

Top of the world three years ago, it’s been a different story this time around for France and Mbappe.

Matthijs de Ligt’s moment of panic has ultimately cost the Netherlands their place at Euro 2020, the defender’s desperate scramble after a slip leading to a handball and red card.

The centre-back got himself in all kinds of trouble after allowing a bouncing ball to drop, the pressure from Patrik Schick leading to De Ligt losing his footing and palming the ball away from danger with his hand.

The referee – after consultation with VAR – deemed the incident to be a clear goalscoring opportunity and with the game goalless the Dutch were down to 10 – their most influential defender handed his marching orders.

De Ligt pinned all the blame on himself 😕 pic.twitter.com/NtjqCsapSI

De Ligt had enjoyed an impressive tournament and performance up until his error of judgement, a moment of misfortune that cruelly contributed to the Netherlands heading home.

Portugal saw their defence of the trophy ended after defeat to Belgium in the round of 16, with Thorgan Hazard’s spectacular effort proving the difference in a tightly-fought contest in Seville.

The Portuguese pushed hard in search of the goal they needed to level the scores, but found no way through the Belgian resistance despite the best efforts of Cristiano Ronaldo and company.

Perhaps the best opportunity of the evening fell to Liverpool forward Diogo Jota, who spurned a glaring opportunity over the crossbar after some fine work from Ronaldo during the build-up.

The 24-year-old has looked some way short of the player who has impressed during his debut season on Merseyside and struggled to make an impact during Portugal’s last-16 exit, being physically dominated by the experienced Toby Alderweireld for much of the contest.

Much was made of Portugal’s stellar collection of attacking talents this summer, but Jota, Bruno Fernandes and Bernardo Silva all failed to be the supporting cast Ronaldo needed to reach the latter stages once again.

A terrible night for Neco Williams as Wales’ run at Euro 2020 ended in emphatic fashion, Robert Page’s side outworked and outfought by Denmark in the round of 16.

Williams will not have endured a more difficult evening in his fledgling career to date, with the Liverpool youngster arriving as a substitute before gifting the Danes their second goal and effectively ending the tie as a contest.

It was a huge error of judgement from the 20-year-old who has struggled for first-team opportunities this season, scuffing a left-footed clearance straight back into the danger zone and into the grateful feet of the lurking Kasper Dolberg.

Dolberg made no mistake to double Denmark’s advantage, with the Danes scoring a further two goals to put the gloss on a fine win and end Wales’ venture.

Harry Wilson also did himself no favours on an evening to forget for Wales and their young side, a lazy challenge resulting in a red card for the fellow substitute, even if his dismissal was a poor decision from the referee.

Another player whose red card proved costly to his side’s chances, Marcus Danielson’s high challenge saw the red brandished and Sweden reduced to 10 men against Ukraine.

Danielson had performed well up to the point of his dismissal, but even if his high boot was on the stretch and accidental, it was perhaps a challenge that did not need to be made given the cover Sweden had behind.

His high foot gave the referee a decision to make and on consultation with VAR he was dismissed, Sweden unable to hold on in extra time as Ukraine’s advantage told with a dramatic 121st-minute winner as penalties loomed.