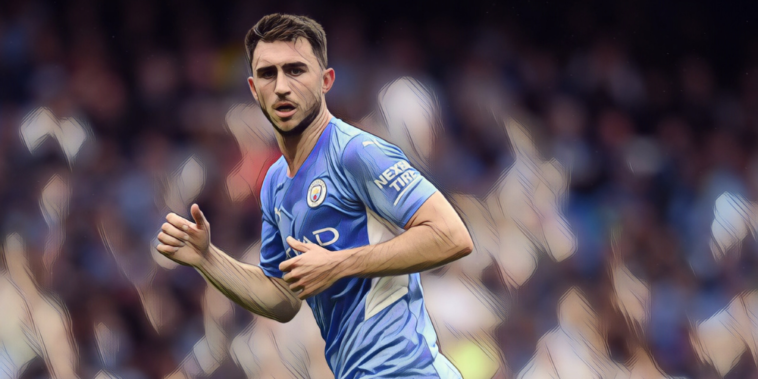 Barcelona are said to be considering another raid on Manchester City with the club interested in a deal to sign Aymeric Laporte.

Laporte was linked with a return to La Liga last summer after falling out of favour at the Etihad, but the Spain international has since reclaimed a regular role in Pep Guardiola’s plans.

Barcelona remain interested in signing the centre-back and are hopeful of investment next summer, having this week confirmed the capture of Ferran Torres from City in a €55m deal.

The Sun are reporting that the Catalans could return with another raid on the Premier League champions and renew their interest in Laporte, as the Barcelona board look to revive their faltering fortunes with new signings.

Laporte has three years remaining on his current contract and City would reportedly be keen to recoup the £58m fee invested when signing the defender from Athletic Bilbao in 2018.

The 27-year-old has made 123 appearances across all competitions since arriving in England, winning three Premier League titles amongst his seven major honours.

Laporte has also been capped 14 times for Spain since switching his international allegiance from France earlier this year, forming part of La Roja side that reached the semi-finals of Euro 2020 last summer.