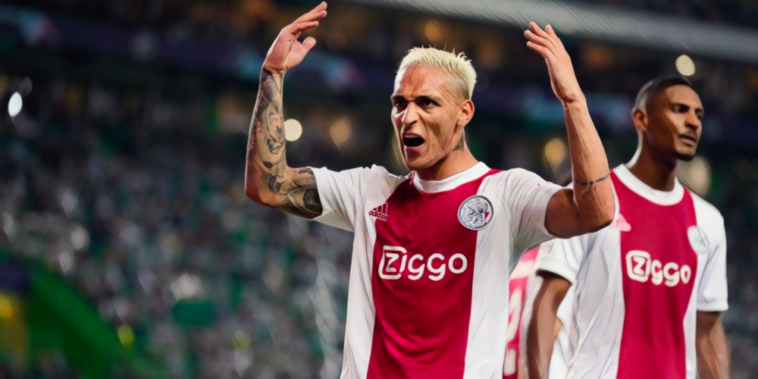 Juventus have joined the race to sign Ajax winger Antony, who has been linked with joining Erik ten Hag at Manchester United.

Ten Hag has agreed a verbal deal in principle to become the next permanent manager at Old Trafford, with an official announcement expected after Ajax’s KNVB Cup final with PSV Eindhoven on April 17.

The Dutchman is set to sign a long-term contract with the Red Devils and attentions have turned to potential transfer targets, including Ajax star Antony.

Ten Hag is a huge admirer of the Brazilian winger and has been linked with bringing the 22-year-old to the Premier League, though Calciomercato are reporting that United will face strong competition for his signature.

Juventus have entered the race to sign Antony, who has scored 12 goals in all competitions this season and could reportedly be available for a fee of around £29m.

He arrived at Ajax from Sao Paulo in 2020 and has won nine caps for Brazil since being handed his international debut in October 2021.

Paris Saint-Germain, Bayern Munich and Tottenham have also been linked with a summer move.