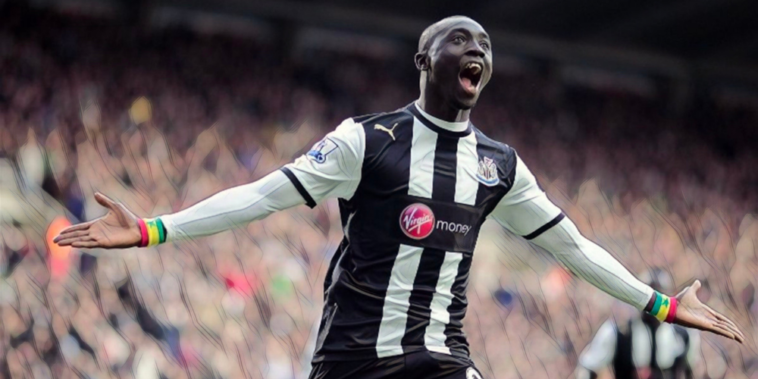 The January transfer window provides Premier League clubs with a chance to add to their options, with the 2022 winter window having seen a host of new arrivals in the division.

Dejan Kulusevski has began brilliantly since signing on loan for Tottenham from Juventus, with the Sweden international having been directly involved in nine goals in his nine Premier League starts.

The 21-year-old’s arrival has helped turnaround Spurs’ season with the club having climbed into the Premier League’s top four, whilst the immediate impact of Luis Diaz has also been welcomed at Liverpool.

Following the instant impressions of the duo in English football, we look back at five January signings who hit the ground running at Premier League clubs.

Birmingham City made a statement signing during the club’s debut Premier League season in 2002/03, parachuting in French World Cup winner Christophe Dugarry in a bid to boost their survival hopes.

It was an eye-catching capture as the former AC Milan and Barcelona forward arrived on loan from Bordeaux, with his impact helping Steve Bruce’s side escape danger and finish in the safety of 13th.

Dugarry’s debut came in a 4-0 defeat to Arsenal, but his class was on show immediately and he soon began providing moments to capture the imagination of the Blues’ support.

Forming an unlikely partnership with Geoff Horsefield in attack, Dugarry provided the subtle continental class to add to Birmingham’s workman-like side and exploded during the run-in, scoring five goals in four games – all ending in victories – to propel the side away from danger.

The love affair failed to last despite Dugarry penning a permanent deal at the end of the season, scoring just once more during a second season disrupted with injury issues.

His time in Birmingham was brief but momentarily brilliant and his immediate impact ensured cult hero status in the Second City.

Darren Bent became Aston Villa’s record signing in a £24m deal in January 2011, arriving in the Midlands after a prolific period at Sunderland.

Villa were languishing in 15th and on a run of five games without a win upon Bent’s arrival, with Gerard Houllier’s side nervously looking over their shoulder towards the Premier League’s bottom three.

Bent enjoyed a dream debut after scoring the winner in a 1-0 win over Manchester City and continued to fire across the second half of the season, scoring nine goals in just 16 league appearances.

That haul saw him finish as the club’s joint-leading scorer alongside Ashley Young despite his winter arrival and as the Premier League’s highest scoring Englishman with 17 goals overall, his performances leading Villa away from trouble and to a top-half finish.

Nikica Jelavic’s fine goalscoring record at Rangers persuaded Everton to sign the Croatian centre-forward in January 2012, securing a £5m deal as the Toffees sought to add goals to their side.

David Moyes signed Jelavic on the recommendation of former Everton defender David Weir and it proved an inspired signing across his opening months in the Premier League.

Jelavic scored the winner on his home debut against Tottenham before embarking on a purple patch in front of goal, scoring 11 goals from just 13 starts across all competitions.

He became the fastest player since 1912 to reach ten goals for Everton and ended the season as the club’s leading scorer, helping Moyes’ team to a seventh-place finish and the FA Cup semi-finals.

Remarkably, the penalty-box poacher scored 12 of his first 15 goals with just a single touch of the ball, but the goals dried up for Jelavic in his second campaign as he netted just seven across all competitions.

Jelavic made an immediate impression after arriving at Everton, but in the same window it was Papiss Cisse who enjoyed the most spectacular of starts to his Premier League career.

Cisse signed for Newcastle from Freiburg and formed a partnership with compatriot Demba Ba at St James’ Park, the Senegalese strikeforce proving a potent pairing as the Magpies finished the season fifth.

Cisse scored a brilliant winner on debut against Aston Villa and hit a rich vein of form, scoring 13 goals across his first 14 league appearances in English football.

He scored consecutive braces against West Brom, Liverpool and Swansea, before another double – including a sensational outside-of-the-boot strike – secured a 2-0 win over Chelsea at Stamford Bridge.

Cisse was unable to maintain those standards over the following seasons and scored 44 goals in 131 appearances for the Magpies across his four-and-a-half seasons at St James’ Park.

Daniel Sturridge wasted no time in making an impression at Liverpool after completing a £12m move from Chelsea in 2013.

Sturridge has long been regarded as a talented forward but struggled for regular first-team football in West London, but soon provided a reminder of his quality upon arriving at Anfield.

The forward scored on his debut for the Reds against Mansfield in the FA Cup and netted in each of his first three appearances for the club, ending his first half season at Liverpool with 11 goals from 16 games.

That form was a precursor to what was to come as his first full season saw Sturridge form a brilliant understanding with Luis Suarez, the two combining for 53 goals – finishing first and second in the Golden Boot standings – as Brendan Rodgers’ side narrowly missed out on the title.

Reoccurring injury problems prevented Sturridge replicating those heights on a consistent basis, though he ended his Liverpool career with an impressive record of 67 goals and 20 assists from 160 appearances.