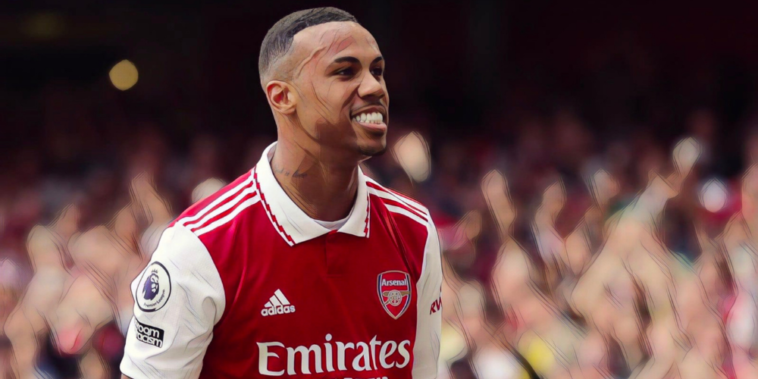 Juventus are said to be considering a move to sign Gabriel from Arsenal as a potential replacement for Matthijs de Ligt.

Juventus are discussing potential transfer targets following the departure of Georgio Chiellini this summer, whilst De Ligt has been linked with a move to Chelsea and the defender’s uncertain future has made the signing of centre-back a priority in Turin.

Calciomercato are reporting that Gabriel is on the radar of the Italian side, who have a long-standing interest in the Brazilian.

The 24-year-old made 35 league appearances for the Gunners last season and scored five goals, forming a strong partnership with Ben White at the Emirates.

However, William Saliba’s return from an impressive loan spell at Marseille and the north London side’s interest in Lisandro Martinez could leave Arsenal with a depth of centre-back options.

Arsenal reportedly value the centre-back in excess of €50m, a figure that is out of reach for Juventus at present. Arthur has been mentioned as a potential makeweight in a deal following Arsenal’s interest in January, though the signing of Fabio Vieira from Porto has lessened the club’s need for midfield additions.

The Bianconeri’s preference would be to sign a centre-back with experience in Italian football, though moves for Kalidou Koulibaly and Bremer are complicated.

Napoli are reluctant to allow Koulibaly to leave for a fierce rival, whilst Inter Milan are leading the race to sign Bremer from Torino, with the latter named as Serie A’s Best Defender in 2021/22.