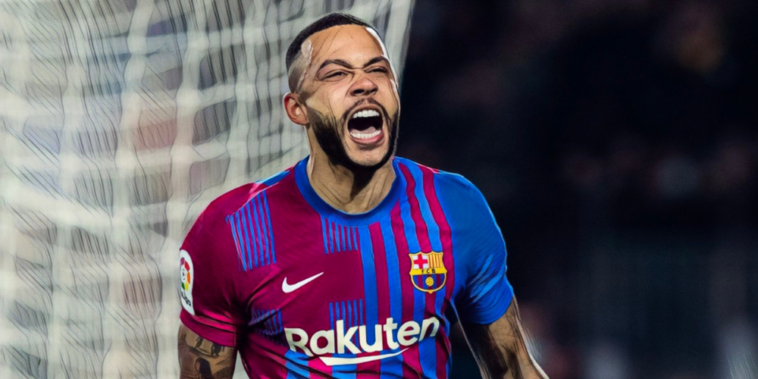 Juventus are closing in on the signing of Memphis Depay from Barcelona, with the forward set to turn down interest from the Premier League.

Negotiations between the clubs are understood to be at an advanced stage with Depay having been informed he is free to leave Barcelona following the club’s summer recruitment.

The Spanish side are looking to offload players in a bid to raise funds and reduce their wage bill, with the cash-strapped Catalans currently unable to register their five summer signings.

Depay signed for Barcelona on a free transfer from Lyon last summer and scored 13 goals in all competitions in 2021/22, finishing as the club’s leading scorer in La Liga.

However, with Robert Lewandowski having arrived at the Nou Camp and taken the number nine shirt, Depay has now been deemed surplus to requirements and Sport are reporting that Juventus are nearing an agreement to bring the Netherlands international to Turin.

Barcelona had initially hoped to receive a fee in the region of €20m for the 28-year-old, but the agreement will be an initial low fee with future payments dependent on performance.

The Bianconeri are also working on a deal to sign Filip Kostić from Eintracht Frankfurt. The Serbia international had been a transfer target for West Ham this summer.