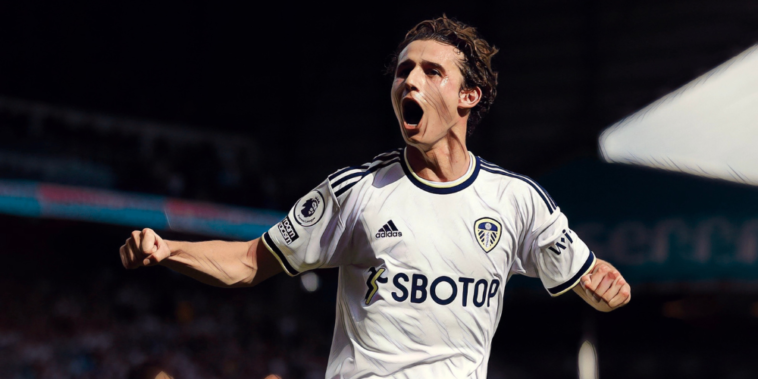 The opening weekend of the Premier League season saw several new faces make their first appearances in the division, with fans treated to a first glimpse of their marquee summer signings.

Each of the arrivals will have hoped to impress and there were a number of new additions who hit the ground running this weekend.

Here are five players who impressed on their Premier League debut.

Anticipation was sky high ahead of Erling Haaland’s debut this weekend, with the forward having been the most high-profile addition of the Premier League’s summer transfer window.

Haaland’s reputation proceeded him with 86 goals scored in 89 games across two-and-a-half seasons at Borussia Dortmund, form which made him the most coveted talent in world football and the leading transfer target for Manchester City.

After some criticism for a wasteful performance in the Community Shield, Haaland silenced those who suggested the 22-year-old might take time to adapt to the demands of the Premier League.

A match-winning brace against West Ham ensured City’s title defence began with a 2-0 win, with both goals demonstrating the explosive pace and clinical finishing that will have Premier League defenders dreading a date with the champions.

Ilkay Gundogan and Kevin De Bruyne both found gaps in the Hammers backline with threaded passes, the sort of service Haaland is expected to thrive on this season as the Norwegian raced in behind with little chance of being caught.

Haaland has now scored eight goals combined across his Champions League, Bundesliga and Premier League debuts, a haul which has come across just 184 minutes on the pitch.

It is unlikely his double to down the Hammers will be his last contribution this season.

Jurgen Klopp resisted the temptation to throw Darwin Nunez in from the start this weekend, with the forward named among Liverpool’s substitutes despite an impressive cameo in the Community Shield.

With the Reds struggling against a spirited Fulham side, Klopp turned to the summer signing just six minutes into the second half. Nunez replaced the ineffective Roberto Firmino and made a decisive impact across his first minutes in the Premier League.

The Uruguayan helped bring Liverpool back into the game and opened his account in English football with a fortuitous flick for the first equaliser, before setting up Mohamed Salah to score the visitor’s second in a 2-2 draw at Craven Cottage.

⚽️ Darwin Nunez is only the 2nd player this century to score in each of his first 2 competitive matches for Liverpool, after Daniel Sturridge pic.twitter.com/9BmH2Jim4p

Nunez’s contribution was far from perfect and he soon learned the pace of the Premier League after being caught flat-footed to be dispossessed by Tim Ream. His squandering of possession led to a Fulham chance which struck the post and earned the 23-year-old a verbal volley from Jordan Henderson.

The £64m signing will also have wanted to do better with the further opportunities that fell his way, having seen a near-post flick saved by Marek Rodák and a tame effort cleared off the goal-line by Ream. He also failed to pick out his man during a Liverpool overload, but there is no doubt his mere presence provided Fulham with far more problems than in the opening exchanges.

Nunez was powerful and willing to chase lost causes for the Reds, with the forward having done enough to warrant inclusion from the start against Crystal Palace next time out.

William Saliba has had to wait longer than most for his Premier League debut. Signed from Saint-Etienne in a £27m deal in 2019, the defender has spent the past three seasons on various loan spells in a bid to accelerate his development.

The 21-year-old was named as Ligue 1’s Young Player of the Season in 2021/22 after helping Marseille to Champions League qualification, performances which have earned Saliba a long-awaited chance in Mikel Arteta’s emerging Arsenal side.

Handed his first appearance as Arsenal opened the campaign with a tricky trip to Crystal Palace, the centre-back was outstanding and was named man of the match at Selhurst Park.

Saliba led his Arsenal teammates for passing accuracy (94%), clearances (7) and headed clearances (3), while his pace and composure helped deal with the threat of Palace’s forward line, including some strong challenges on Wilfried Zaha.

Mikel Arteta was full of praise for the defender and admitted it is not often a young player makes such an impressive Premier League debut.

“You don’t really see that,” Arteta said, as per the club’s official website.

“At 21 years old, debut in the Premier League, against this opponent, against physical players – and resolve that situation the way he has done it. With that composure, with that calmness and with that presence. So big credit to the boy.”

Saliba’s season on loan at Marseille will no doubt have improved his game, but the manner of his performance raises the question as to why it has taken so long for him to be introduced into the side.

Arsenal’s push for a top four finish fell apart last season and on the early evidence, Saliba could have proven a fine solution to the defensive issues suffered during the run-in.

Fulham appear to have unearthed a gem in Joao Palhinha, with the Portugal midfielder producing a polished performance on debut in the Premier League.

The 26-year-old has been linked with bigger clubs in recent transfer windows, but Fulham beat off competition from Wolves to sign Palhinha in a £20m deal this summer.

Palhinha was an imposing presence as Marco Silva’s side began with a 2-2 draw against Liverpool, exerting dominance both in the air and on the ground against the Reds’ midfield.

The former Sporting Lisbon star was strong in the challenge and covered the ground superbly at Craven Cottage, often finding himself in the right place to snuff out danger and break-up opposition attacks.

For a Premier League debut against that Liverpool midfield, this was a ridiculous performance. pic.twitter.com/AYKeM9K1SW

Silva has bemoaned a lack of backing from the Fulham board as the club look to consolidate at Premier League level, but the instant impact of the summer signing could prove persuasive in loosening the purse strings in west London.

There are bigger clubs in need of midfield additions who might just be cursing their decision to overlook Palhinha based on his opening weekend showing.

Jesse Marsch named four debutants in his Leeds side for their season-opening win against Wolves, as the American looks to bed in a number of new signings at Elland Road.

The most impressive of the new arrivals was Brenden Aaronson, who signed for Leeds in a £24.7m deal from Marsch’s former side, Red Bull Salzburg.

The 21-year-old midfielder was the most vibrant part of Leeds’ forward line, with his mix of creativity and relentless running attributes that will instantly endear the US international to his new support.

Already well-versed in March’s methods, Aaronson caught the eye with his impressive work-rate and his persistence was rewarded when he stole possession from Wolves in a dangerous area to set up Rodrigo’s equaliser for Leeds.

The midfielder was then denied a first Leeds goal as he helped bundle home Patrick Bamford’s cross, with the final touch deemed a Rayan Ait-Nouri own goal.

Aaronson, however, will be pleased with his first performance in the Premier League and if he can maintain these standards will become a firm fans’ favourite in a new-look Leeds side this season.