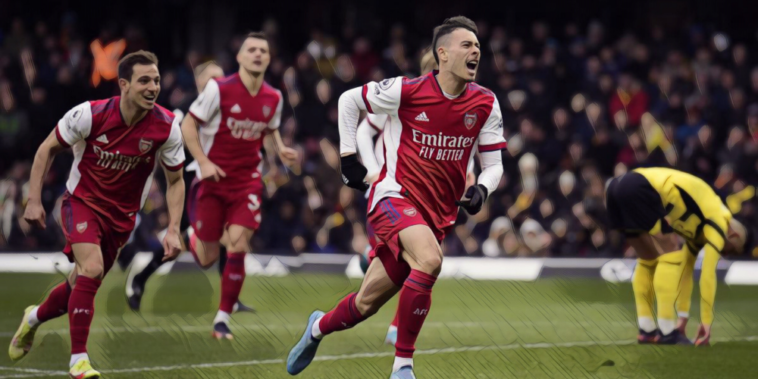 Juventus are preparing a swap deal that would see Brazil internationals Arthur move to Arsenal and young attacker Gabriel Martinelli move to Turin.

Arsenal boss Mikel Arteta is a known admirer of 25-year-old Arthur and the Gunners tried to sign the midfielder on loan in January only to see the deal collapse.

The 22 cap Brazil international began his career at Gremio and joined the Old Lady from Spanish giants Barcelona in 2020, although it now seems that Juve coach Max Allegri has deemed Arthur surplus to requirements as he looks to wrestle back control of Serie A from the Milan clubs.

With Paolo Dybala set to leave Juve this summer and the futures of on-loan duo Moise Kean and Alvaro Morata uncertain, Allegri is looking to rebuild his attack this summer and according to the Daily Mail the Italian coach is targeting 20-year-old forward Martinelli.

Martinelli has become a crowd favourite at the Emirates since arriving in England from Ituano in his homeland as an 18-year-old in 2019. The highly-rated attacker was a regular in a young and vibrant Arsenal frontline this season, and has netted a total of 11 goals ad seven assist in 57 Premier League appearances.

Arsenal clearly need to strengthen their midfield although it would seem unlikely that they would be prepared to sacrifice one of their brightest young talents, and the likelihood of Arthur being available in a straight deal seemed to increase today when it was revealed that former Man United midfielder Paul Pogba is on the verge of rejoining Juventus.