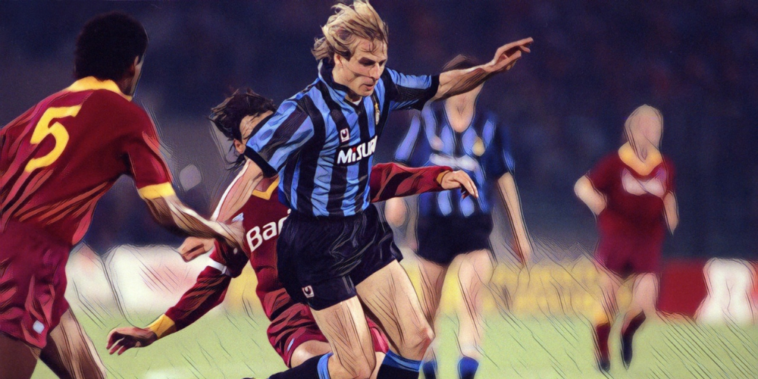 Jurgen Klinsmann proved a fans’ favourite at several clubs throughout his career, including during a prolific spell at Inter Milan.

An Inter Milan side in desperate need of rejuvenation turned to three of Germany’s greatest players during the early nineties, signing Klinsmann one summer after the arrivals of compatriots Lothar Matthäus and Andreas Brehme.

90’s Serie A was the pinnacle of European football with the world’s very best talents in Italy, Klinsmann quickly submersing himself in the culture and scoring 15 goals in all competitions during his debut campaign.

The forward netted a further 17 times the following season as Inter won the UEFA Cup – scoring in the semi-final win over Sporting Lisbon – before a difficult third campaign saw him eventually leave and sign for Monaco.

He made 123 appearances for the Nerazurri and scored 40 goals in all competitions, before becoming a legend in north London following a later move to Tottenham.