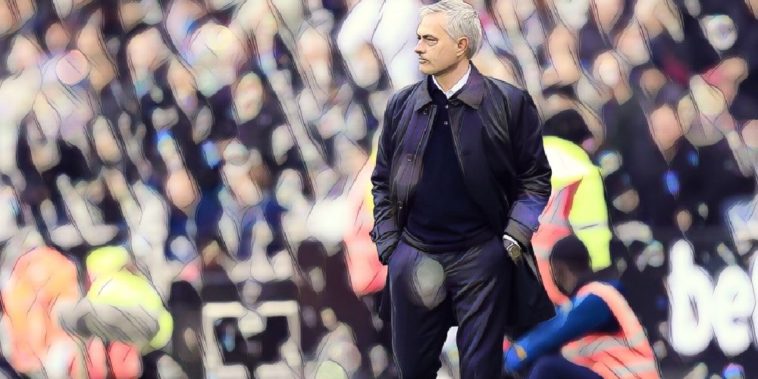 Jose Mourinho described Tottenham’s 3-2 win against West Ham as important, as the Portuguese saw his new side pick up their first away win in the league since January.

Having scored the last goal of Mauricio Pochettino’s reign in the 1-1 draw with Sheffield United two weeks ago, Heung Min Son also netted the first goal of the Jose Mourinho era, the South Korean benefiting from a well-weighted ball from Dele Alli.

Before the break, Alli was involved again as Spurs doubled their lead, the England international somehow keeping the ball in play while firmly planted on his arse, Son’s cross being turned in at the far post by Lucas Moura.

Son puts it on a plate for Moura after Dele Alli's ingenious flick 🔥 pic.twitter.com/VKy46GbbyM

Moura squandered a golden opportunity to make it 3-0 just four minutes into the second period, the Brazilian dragging his shot horribly wide, though 60 seconds later Harry Kane did make it three, the England captain nodding home at the back stick from a Serge Aurier cross.

After what had been a thoroughly disappointing 73 minutes of football from West Ham, Manuel Pellegrini’s side finally produced a moment of quality, Michail Antonio smashing a strike past Paulo Gazzaniga to prompt hope of a comeback.

The goal did give the hosts a lift, and they did score a second when Angelo Ogbonna tucked the ball home in the 96th minute, but it was too late, the result lifting the North London side from 14th up to sixth before the 3pm kick-offs.

Speaking afterwards, Jose Mourinho was delighted to see his side overcome the ‘mental barrier’ of securing an away win.

“We had the 4-0 to kill the game, but we are lucky that I have so many years of Premier League that I told the players at half-time, even if you go 3-0 the game will be open in the 85th minute.

“But for the last 20 minutes, fatigue, coming from national team, all the emotions, losing the manager, another one comes, they’ve had to start working for me, they went above limits so they were fatigued.

“The most important thing, in the end, was not to win 3 or 4-0 or play wonderful, but was to win – it doesn’t matter how. The boys with that maybe mental barrier of so long without an away win, it was very important. There’s nothing better to win a football match and be happy.”