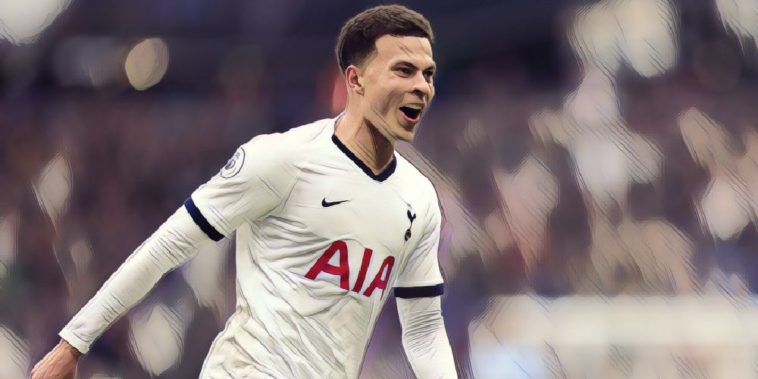 Jose Mourinho believes Dele Alli can become one of the best players in the world after seeing the Spurs star put in a much-improved display against West Ham.

In what has been an injury-hit season, the Tottenham number 20 has made very little impact in the opening weeks of the new season, but looked much like his old self, putting in an influential and spirited display.

Playing in behind striker Harry Kane, Alli registered his first Premier League assist of the campaign, playing a well-weighted ball to Heung Min Son, who fired home the first goal of the Mourinho era.

Before the break, Alli was involved again, the England international somehow keeping the ball in play while firmly planted on his arse, before Son raced down the line, the South Korean’s cross being turned in at the far post by Lucas Moura.

Son puts it on a plate for Moura after Dele Alli's ingenious flick 🔥 pic.twitter.com/VKy46GbbyM

Harry Kane netted just after the break, before a disappointing West Ham side mustered something of a response, though it was too little too late, Michail Antonio and Angelo Ogbonna scoring in the 74th and 96th minutes.

During his first training session this week, Jose Mourinho was seen having a serious-looking conversation with Dele Alli, the Portuguese revealing he challenged the 23-year-old to rediscover his best form.

“I have already spoken to Dele Alli and I asked him if he was Dele or Dele’s brother,” Mourinho told the press before the game. “He told me he was Dele. ‘Okay,’ I said. ‘Play like Dele’.”

Speaking to BT Sport afterwards, the new Spurs boss was questioned about his playmaker, and urged him to develop, saying he has the potential to be one of the worlds best.

Dele Alli won more tackles than any other player in the first-half of West Ham vs Spurs 💪 pic.twitter.com/hXPF9L6TiZ

“I spent a few minutes with him in training and in our social life outside the pitch, and we were speaking the best Dele has to be back.

“He’s too good to not be in the national team, not to be an important player for Spurs, not to be one of the best players in the world. He has to develop, start from now without injuries hopefully and with some stability from a tactical point of view.

“He’s a fantastic player and he showed it today.”