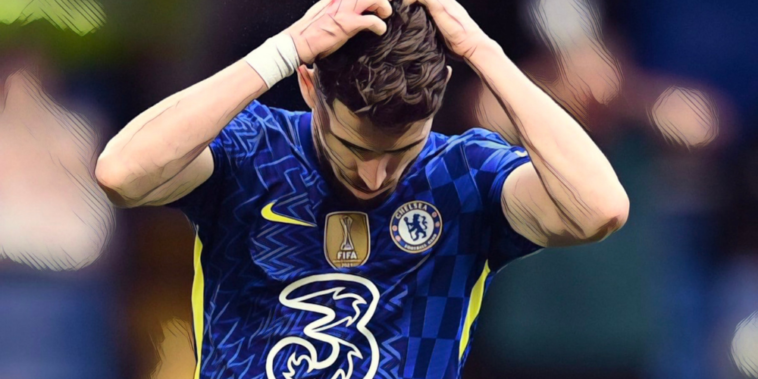 The Italy international saw his tame effort saved by Lukasz Fabianski with the game goalless at Stamford Bridge, after a lengthy VAR delay that saw Hammers’ defender Craig Dawson sent off for hauling down Romelu Lukaku.

Jorginho received criticism for his penalty technique after his poor effort, with the midfielder’s method of hopping and skipping before striking the ball questioned.

The 30-year-old – whose blushes were spared by Christian Pulisic’s late winner – has offered an alternative reasoning for his miss, however, admitting VAR checks make it harder for designated takers to maintain ‘focus’.

“This sort of pressure, especially in games like this when you need to win and it’s last minute, and you try to isolate your mind from all that pressure even though it’s hard, and then you have the VAR so it takes longer, it’s harder to keep focus,” Jorginho told Sky Sports.

“What you need to do and what I try to do is I try to isolate my mind of all this pressure, and unfortunately this time it didn’t work.”