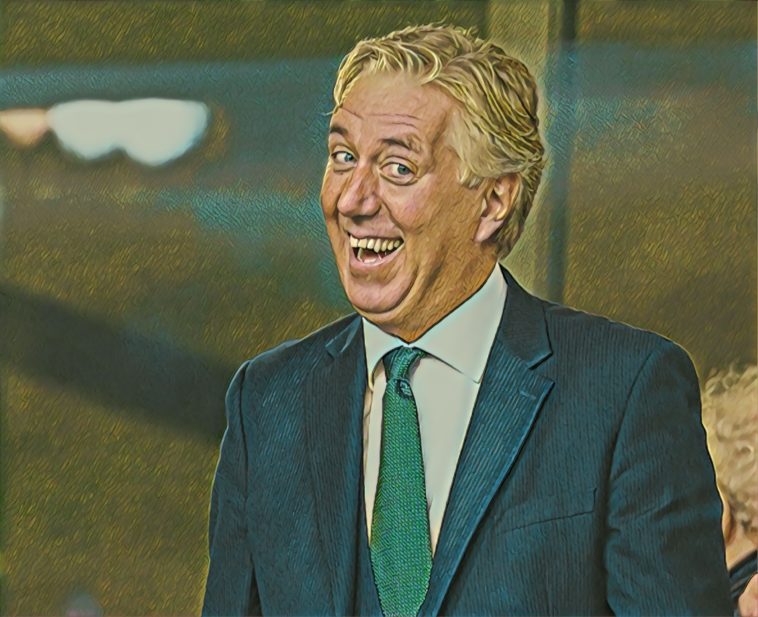 The long-standing Irish football chief is under immense pressure amid financial queries over a loan and rent payments.

There were extraordinary scenes in Gibraltar on Saturday evening as the Republic of Ireland got their Euro 2020 qualification campaign underway. Irish fans began chanting “cheerio, cheerio, cheerio”, but for television viewers it was unclear as to why they were doing so. No one one had been sent off or was even subbed off at the time. What in the bloody hell were they on about?

They had seen what we couldn’t, which was a certain grey-haired man in a three-piece suit skulking out of the VIP seats in the Victoria Stadium. That man happened to be John Delaney, CEO of the Football Association of Ireland.

Delaney was the target of a makeshift banner, rolled out during the game, which read “The Godfather of Greed”. It was relating not just to revelations made by the media the previous week, but to years and years of financial mismanagement by the organisation he has run for 14 years.

Last week John Delaney was unsuccessful in his attempts to get a High Court injunction to stop The Sunday Times reporting on a €100,000 loan he gave the association in 2017, less than a year after the national team competed at Euro 2016.

In a hastily released statement the FAI revealed it was a short-term “bridging loan” to stem cash flow problems, and was repaid just two months later. If it was a case of the CEO dipping into his own pockets to help the organisation out like a good samaritan, then why did this news need to be stopped via a costly injunction? The full picture was yet to be drawn out.

There were a few more revelations in the following days, but the tastiest morsel was saved for Sunday, the day after the Gibraltar game; Mark Tighe was again the source of the revelation, exposing the fact that the FAI “has been paying €3,000 a month to rent a house for Delaney in Wicklow” since 2016.

Not only is this highly unusual, but Delaney has been on a massive salary of €360,000 since 2010, when he took a paycut down from €450,000. He has been earning more per annum than the champions of the League of Ireland receive in prize money from the association, yet he was receiving €36,000 a year for rent as a perk on top of his wage.

This gave a glimpse into why the FAI were suffering from cash flow difficulties in 2017. Despite the prize money they would have received from the senior team reaching the knockout stages of the European Championship just ten months previously, and the money gained from home games played a month previously, the association was wildly irresponsible with how they spent it.

More worryingly, over the last decade the FAI has received just under €50 million in state funding, meaning taxpayer money has essentially been paying for Delaney’s rent these past few years. This goes beyond bad sports governance and potentially into the realms of cronyism, if not full-on corruption.

Even before this news had come out, suspicions were being raised about the poor return the state was getting from its investment in Irish football. Catherine Murphy, a TD for the Social Democrats, revealed the relevant figures relating to state funding in late 2018 ahead of Delaney’s appearance before a committee in the Oireachtas (Ireland’s houses of parliament). That was meant to take place in late February, but he was able to get it pushed back to April. One imagines he probably wishes he could have had it over and done with before the avalanche of bad news emerged this week.

Then again, perhaps Delaney will relish the opportunity to dig himself out of yet another hole. He is a slippery politician who has been able to retain power for almost a decade and a half. His allies make up the majority of the FAI board, and he even changed the age limit in order to keep them there even longer. He also came out completely unscathed from a previous appearance before an Oireachtas committee, in which one TD said it “might as well be impossible” to criticise the Waterford native.

Although he has numerous detractors, many of the game’s stakeholders in the country are in thrall to Delaney, and those who aren’t are wary of speaking out against the most powerful man in Irish football. At the AGMs he doesn’t answer questions from the media, while his apostles in the club game gush about him, never missing an opportunity to give him a standing ovation. He is a mover and shaker in these circles, tending to his constituency like a shepherd would to his flock.

It really did seem like this was the end for Delaney though. As he left the opening qualifier of a campaign in the middle of proceedings, there were rumblings that he was going to resign. A statement from the FAI at the end of the game revealed that he would indeed be vacating his role as CEO — only to move into the newly created role of executive vice president. Everyone had gotten their hopes up, and we had been duped yet again: John Delaney would be going nowhere.

Whether or not the Irish football chief can survive much longer is another thing. Like other godfather figures in the world of football administration, he has incredible staying power, but there are serious questions that need to be answered here. And these are just the latest in a long line of missteps in his tenure: the €5m payoff from Fifa over the Thierry Henry handball, which the FAI kept secret for years; his calling of the League of Ireland a “problem child”; and his singing of a rebel song in a pub close by to the Aviva Stadium.

This is only a snapshot by the way, there are many other examples I could dredge up, but we could very well be here all day if I did so. The latest news is that Delaney will indeed be taking a “substantial salary reduction” in his new role, although the FAI did not clarify how big that reduction will be. For now, that is the least of Irish football’s worries.

Read: Why there’s no need to lose the head over Declan Rice’s IRA post