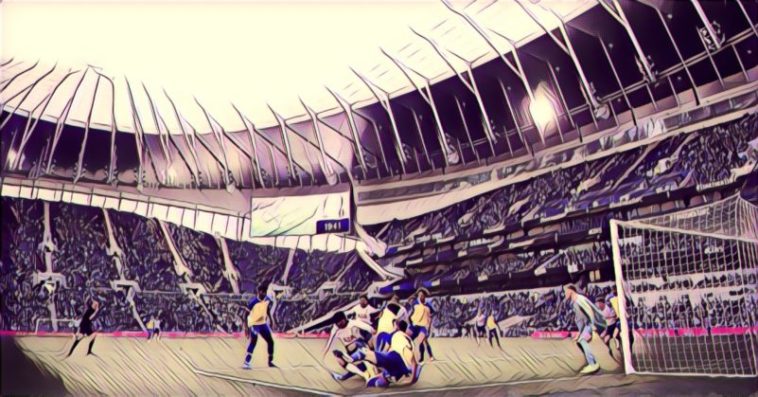 Spurs moved into their new stadium this weekend after months of delays — and it looks absolutely unreal.

Can you believe the day has finally arrived? We are closer to the end of the season than we are the start, but Spurs are moving into their brand stadium, many months after they were slated to.

The ground’s opening was christened with an U18s game between Tottenham Hotspur and Southampton, with the home winning the test event 3-1 on the day.

Spurs boss Mauricio Pochettino, whose son featured in the game for the London side, was ecstatic about the unveiling, calling it a “dream come true” for the club to move into their new home.

The new Spurs stadium looks incredible from the outside.

And it’s stunning once you go inside too.

One end was inspired by the famous Südtribune in the Westfalenstadion, Borussia Dortmund’s home ground. It’s bloody massive.

It all might be a bit too modern for some football fans, but even the concession areas look amazing.

You can already tell this is going to be a get place to catch a game on a sunny day.

And of course, the famous cockerel takes its pride of place on the roof of the stand.