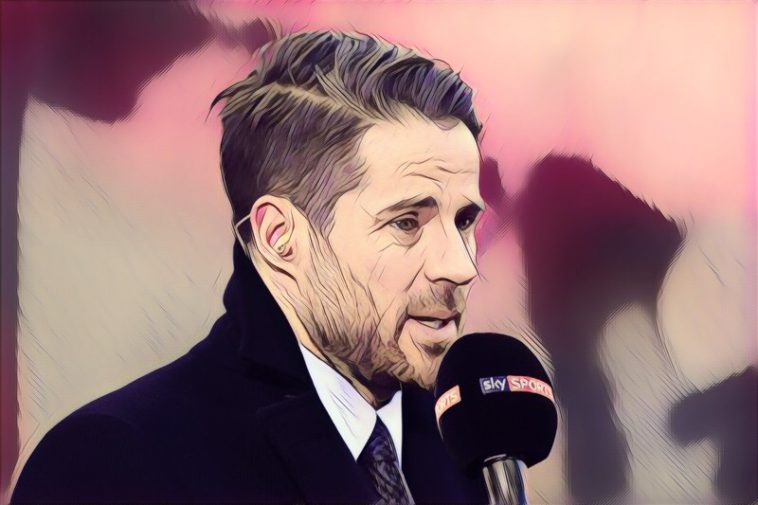 If you are a regular watcher of Sky Sports Football Coverage, we’re sure at some stage you’ve wondered to yourself, how in gods name is Jamie Redknapp paid to be a pundit.

Most of Sky’s other pundits had illustrious playing careers, resulting in years of experience playing in the biggest games imaginable and winning football’s biggest prizes, which in theory at least should allow for excellent insight and analysis.

Not Jamie though, it always makes us chuckle when that bar at the bottom of the screen pops up with what each pundits won during his career. Most pundits have won 10 – 20 Major Honours, from Champions League to League titles. Then it cuts to poor old Jamie, whose sole triumph in an injury-ravaged career was a solitary League Cup.

Maybe he’s part of the Sky Team because he offers excellent insight you say? Nope, no he does not, in fact, all he does is look handsome in designer suits and state the bleeding obvious, with a complete disregard for research into the teams and players that are playing.

Despite accusations of only being there because of his famous dad or being a pretty face to keep the female viewers happy, not to mention the fact he says things that make himself look a right wolly, it’s actually quite hard to really dislike Jamie.

He seems to be a decent enough bloke who gets to do a job all us average blokes wish we could do. Anyway, let’s have a look at 10 of the times he made us all laugh by saying ridiculously stupid things!

On top of that, we’ll have a laugh at Jamie proving that he literally has no idea what the word literally means!

“Everton are a team of men.’’ Thanks for clearing that up mate.

“Real Madrid aren’t in the same league as Barcelona.” I think they are, Jamie, its called La Liga.

“Most goals are scored between the posts.” How are the other goals scored then?

“Steven Gerrard makes runs into the box better than anyone. So does Frank Lampard.” Another case closed.

“The ball was coming down like a butterfly with sore feet.” Please don’t spend any time trying to figure out what the meaning of this is, there is none.

“Xabi Alonso was sensational spreading the ball to Fernando Torres and Steven Gerrard that day.” After Liverpool’s 4-1 against Man United – a game that Alonso didn’t play in!

“When you play for England you’re representing that curry … er, your country” Jamie thinking about what’s for tea rather than what he’s saying.

“It’s great to see young English talent get an opportunity.” Redknapp was, of course, talking about Victor Moses, a 26-year-old Nigerian International.

“He had to cut back inside onto his left, because he literally hasn’t got a right foot.’’

“The ball literally gave him a haircut.”

“These balls now – they literally explode off your feet.’’

“In his youth, Michael Owen was literally a greyhound.”

“He literally chopped him in half in that challenge.’’

“Arsenal have literally passed the ball to death.’’

“He’s literally sold the defender a dummy there.’’

“Scholes has such a great footballing brain. He’ll see a picture in his head and literally paint it in front of you.’’