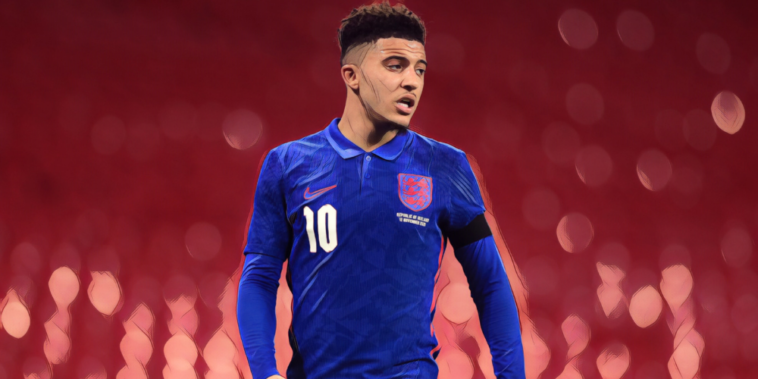 Manchester United target Jadon Sancho has revealed that he was a childhood Chelsea fan, while naming two Blues legends as his ‘favourite players’.

Sancho is currently with the England squad preparing for Euro 2020, with the Three Lions set to face Croatia in their opening group game at Wembley on Sunday, before clashes with Scotland and the Czech Republic.

The Borussia Dortmund winger admitted that Frank Lampard was his favourite England player as a child, before revealing his admiration for Didier Drogba with the 21-year-old having been an avid Chelsea supporter.

“Didier Drogba and Frank Lampard were my favourite players at the time.

“I just love Frank Lampard and how he played his game; he was so direct and so composed on the ball.

Sancho has been linked with a Premier League return this summer after four seasons in Germany, with Manchester United having reportedly seen an opening offer of around £67m rejected by the Bundesliga side.

Chelsea and Liverpool have also been linked with a move for the youngster, though a move to Old Trafford appears the likeliest outcome with the Red Devils having made Sancho’s signing their number one priority.

Dortmund are willing to allow Sancho to leave this summer and have set an asking price of €90m (£77.5m) to get a deal done.