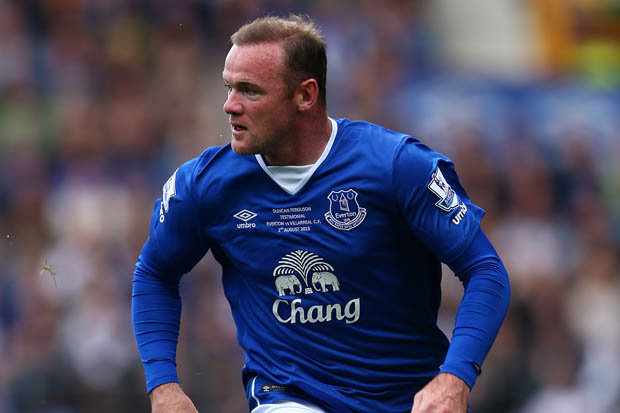 He is no longer first choice at Manchester United and has been linked to a return to Everton. Is Wayne Rooney the man to make Everton an elite club?

Throughout his career Wayne Rooney has been linked with sensational moves back to Goodison Park. However, sensational is all that the links were. Pure nonsense. The club could never have afforded him.

Why would he have left the best team in England during the prime of his career? Why would he move to a team content with being the best of the rest? Rooney could have moved anywhere he pleased. Even if Everton were a realistic option, many fans would’ve been angered by his return.

However much has changed since those times. Rooney has become somewhat surplus to requirements at United. United themselves have seen a significant dip in stature in the years after Sir Alex Ferguson’s departure.

Everton have seen some change too. A wealthy new investor who promises much and as of yet, has not let anyone down. They have a manager who accepts, just as the motto says, “Nothing but the Best is good enough”. This changing landscape could definitely influence Rooney to return. But the last sticking factor would’ve been the fans. Whilst many still regard him as a Judas many more would accept his return with open arms.

After appearing in Blue for what at the time seemed like a final time in Duncan Ferguson’s testimonial, the romanticism opened itself up to Evertonians with many clambering to see more of the Scouser. He clearly still loves the club and has made no bones about saying he’s still a massive Evertonian. But what could he offer?

What can Rooney offer Everton?

Simply put, he can offer much to Everton, even at this point in his career. For one it will certainly lift Everton’s stature in world football.

Taking Ronaldo and Messi out of the equation, there aren’t many more than can match Rooney’s name in the world of football even at this stage. He is Manchester United and England’s record goalscorer and his name carries a lot of powed. The footballing world would see it as a massive statement of intent that a player like Rooney would join Everton rather than effectively end his career in China when he still has a lot to offer ability wise.

Speaking of ability, Rooney is still a great player. To argue the contrary is simply disingenuous. A player cannot play at the level he has throughout his career and suddenly become bad overnight.

He may not be the quality that Manchester Untied think they need, but neither was Morgan Schneiderlin. Schneiderlin has come in and played excellently in Blue. I think a move could see a rejuvenated Rooney who’d still net 10 goals a season, which hoping the club keep Romelu Lukaku would be a massive contribution.

Speaking of Lukaku, the signing of Rooney could provide the Belgian with a signal of the clubs ambition. Could it pursuade him to stay?

He’d be able to come back to Everton and not have the pressure like there is at United where players can become villains to the fans for seemingly no good reason. Of course he wouldn’t be the first name on the team sheet every week and nor should he be. However to be able to partner Romelu Lukaku in the attack would be a mouth watering suggestion for any player, even Rooney.

Above all else the experience and knowledge he’d bring to the team in this transitional period would be essential.

To put it bluntly, Ronald Koeman inherited a team of losers. He has been working hard to change that. He’s instilled that mentality into his players through his own experience as a player, and Rooney can do the same.

Rooney’s presence in the dressing room would be immeasurable to the likes of Romelu Lukaku, Ademola Lookman and especially to fellow boyhood blues Ross Barkley and Tom Davies. I think it’d be no secret that both of these boys looked up to Rooney and would’ve seen what he achieved in his career but there’d be a difference. They’d be able to realistically aim to achieve those same things with Everton in the near future.

When Rooney graduated the academy when times were bleak and money was next to non-existent. Those days are gone. Many who claim Rooney should’ve stayed are simply wrong and not thinking about things fairly. He would have achieved nothing at Everton. There would always have been the thought in the back of his mind of what could’ve been. This isn’t the case anymore, players like Davies and Barkley won’t need to leave to win titles, they’ll aim to win them with Everton.

Rooney has already done the club a great service. Many won’t admit it, but the money raised from his sale could well have saved the club. Now years later he can once again help Everton and their next generation by returning.

If he can come back and help instill the manager’s winning mentality then there’s no reason that Everton won’t become a force once again. Who’s to say that because of his influence, Everton couldn’t win a trophy. Rooney will have grown up with dreams of winning trophies with Everton. Whilst he has won everything in club football, he could finally get the chance to make his dreams come true in Blue. Surely people wouldn’t be opposed to that?

After all, Once a Blue Always a Blue.

Should Wayne Rooney return to Everton? How do Evertonians feel about Rooney’s potential return? Leave us a comment below and share this article!

Please support Football Faithful by sharing this article on social media using the links below. If you are interested in Everton, and would like to write about them, then please join our writing team.