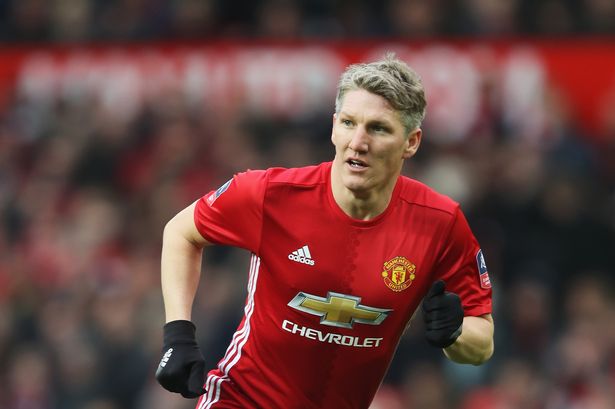 The World Cup winning midfielder moved to Manchester United just over 18-months ago, signing for around £7million from Bayern Munich. He teamed up with former Bayern boss Louis van Gaal at Old Trafford. However the former Germany captain was excluded from United’s first team set-up by Van Gaal’s successor Jose Mourinho.

He was forced to train with the reserves and was excluded from the United’s Europa League squad. He was even left out of United’s list of assets in a financial report earlier this season.

However, the German managed to force his way back into the managers plans. He has since gone on to make four appearances this season, scoring one goal.

He has now however been allowed to move to MLS club Chicago Fire. The deal is subject to a medical and receiving a visa, which is likely to be a formality.

A statement on the Manchester United website (manutd.com) from the midfielder reads:

I am sad to leave so many friends at Manchester United. But I am grateful to the club for allowing me the chance to take up the challenge at Chicago Fire.

I have enjoyed working with the manager, the players and staff here and wish them all the best in the future. But I have to reserve special thanks to the United fans – whose support has been a very special part of my time in Manchester.

I was delighted to be part of the squad that won the FA Cup for them last season and will always remember their energy and their passion. Now is the right time for me to start a new chapter in Chicago and I am looking forward to it.

The deal will see Schweinsteiger earn $4.5million (£3.6m) on an initial one year deal.