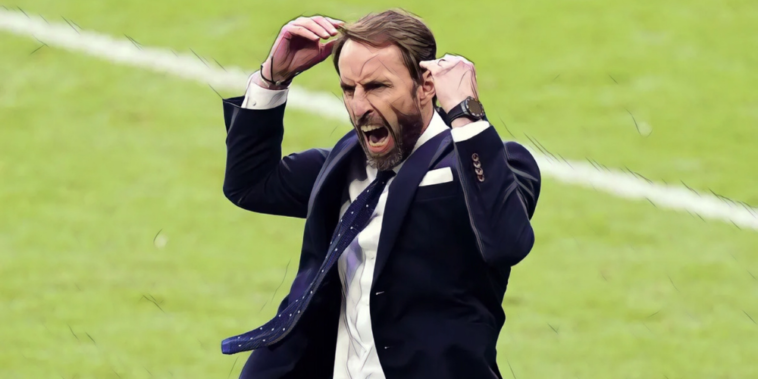 Being an England supporter right now must feel like having a very attractive new partner who is as dull as dishwater.

Within the squad, there is Jack Grealish, Phil Foden, Mason Mount and Jadon Sancho, four of the most exciting young talents the continent has to offer who, in their own ways, each aced the season just gone.

Teenage sensations Jude Bellingham and Bukayo Saka meanwhile are superstars in the making and add into this heady mix Reece James, John Stones and a formidable front pairing of Raheem Sterling and Harry Kane and what we have here is a golden generation capable of gifting the nation one hell of a good time.

Yet at Euro 2020, to date at least, England have progressed from Group D metaphorically dressed in their Sunday scruffs having barely got off the couch. In a famous victory over Germany, that secured the Three Lions their first ever Euro knock-out triumph inside 90 minutes, seven defensive players started, with several of the names mentioned above nowhere to be seen.

This is an England that takes us to the most glamorous parties, then stands in the corner, refusing to make even idle conversation. They sip their mineral water and watch on as the more boisterous of the revelers get ejected and while it’s great to be in attendance at this fancy shindig – hopefully until the end – by God it’s been tedious.

The conflict of interests that derives from this can directly and wholly be attributed to Gareth Southgate. Yes, we can apply some context to better explain his arch-pragmatism, such as England’s lack of a genuine box-to-box midfielder and the need to compensate for that. This is also undoubtedly an inexperienced group so it stands to reason that the more seasoned players will be utilised. There is also a story doing the rounds that the England gaffer and his assistant Steve Holland meticulously studied previous campaigns and concluded that teams tended to win when they prioritised a cautious approach over gung-ho passion.

All of these things are relevant. All of them hold true.

Ultimately, though the reason why England are presently wasting a rare opportunity to unleash a fearless, adventurous crop of brilliant talents onto the international scene is because their manager is risk-adverse by nature. England are playing so conservatively because the man at the helm is as conservative as they come.

There is nothing inherently wrong with this of course, just so long as the results keep on coming. Sir Alf Ramsey was hardy a party animal or managerial maverick and his ‘wingless wonders’ secured the Three Lions with a tournament win that has nourished the nation ever since, sustaining pride through long periods of impoverished football and one disappointment after another.

At club level, you would be hard pushed to find an Arsenal fan of a certain age who doesn’t speak glowingly about George Graham despite the decade of safety-first fare he oversaw at Highbury. Six major honours, including two league titles, more than made up for a succession of solid, stolid 1-0 wins.

Yet these two examples perfectly illustrate the fantastically strange contradiction that lies at the heart of Gareth Southgate’s approach this summer. They were successful therefore their ends justified the means. Had their prudency not proven prosperous however, then not only would their job security have been greatly harmed, but their reputation too. And it is one thing to be considered a bad manager. But an overly-cautious coward for all of eternity too?

Coward is a strong term but it has been implied many times over on social media these past few weeks, by fans exasperated at seeing a team set up to negate rather than destroy; to control rather than attack. There are a great many residing on Twitter who view Southgate to be a mouse in charge of three lions who are having to keep their counsel because the careful strategy he adheres to is working and working well.

But it only takes a little bit of imagination to visualise the vicious scorn that would have come his way had England lost last Tuesday evening after deploying such a defensive game plan. What vegetable would The Sun have portrayed him as? What nickname would have been conjured up by a vitriolic press pack? You can be sure both would be associated with timidity; for a man too scared to take risks and scale the heights despite being in possession of enormous riches.

Which brings us to that wonderfully strange contradiction.  Because by refusing to take risks, Southgate is taking an enormous one, endangering his footballing legacy and reputation. He is putting himself on the line. By prohibiting his team to be brave, he himself is showing incredible courage.

It would have been all-too-easy for Gareth Southgate to select the kids, letting them thrive or fail, and if it was the latter, worst case scenario he would have lost his job. There are ten managers and more who spring to mind who would have done precisely this.

By sticking to his beliefs and his natural character however, a lifetime of contempt may have awaited him and still might. For that, at the very least, he is deserving of our respect.