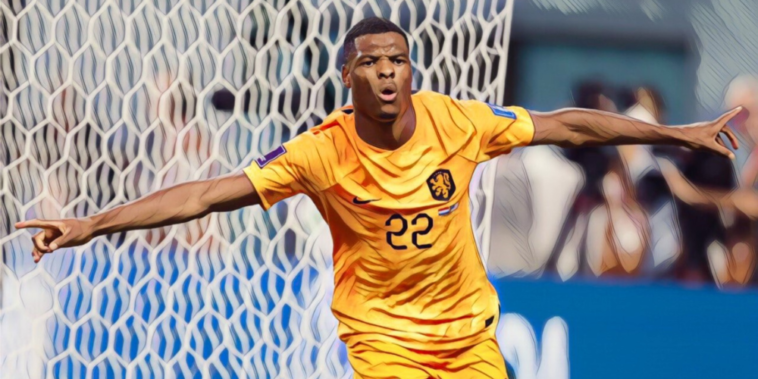 Inter Milan have set their asking price for Denzel Dumfries as Chelsea and Manchester United consider an approach for the wing-back.

Dumfries has been linked with a move to the Premier League in recent windows and the speculation has increased following his performances at the World Cup this winter.

Having impressed during Euro 2020, the Netherlands wing-back has shone for the national team in another major tournament and was a stand-out performer as the Dutch beat the USA to reach the quarter-finals last weekend.

Dumfries provided two assists and scored the Netherlands’ third goal in the 3-1 win and is understood to be on the radar of Chelsea and Manchester United as the clubs look to add attacking impetus from full-back.

According to Calciomercato, Inter would be reluctant to let Dumfries leave the San Siro, but an offer of around €50m would be difficult to turn down from a financial perspective.

Dumfries signed for Inter from PSV Eindhoven in 2021 and impressed during his first full season in Italy. The 26-year-old scored five goals and provided seven assists in 45 appearances across all competitions last season.