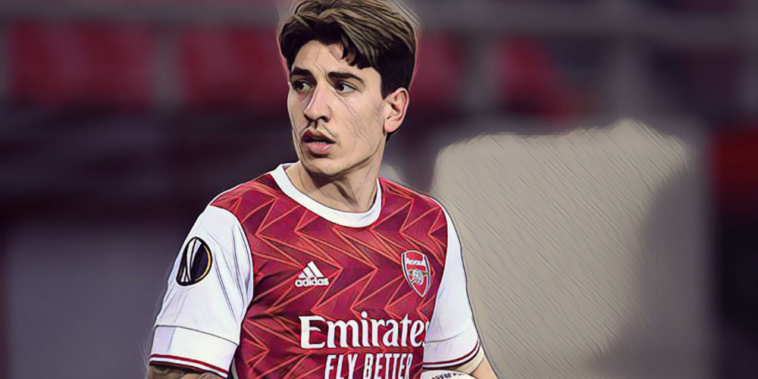 Inter Milan are interested in signing Arsenal defender Hector Bellerin as the club seek a replacement for Achraf Hakimi.

The Italian champions have been forced to sell players to combat debts amid the financial impact of the coronavirus pandemic with Hakimi edging closer to a move to Paris Saint-Germain, the wing-back close to signing for the Parisians in a deal worth £60m (€70m).

Hakimi signed for Inter from Real Madrid in a €40m deal last summer and starred as the club won a first league title in 11 years, scoring seven goals and providing a further eight assists in 37 league appearances.

Inter are now seeking cost-efficient replacements and Sky Sports are reporting that the Serie A side are interested in a deal for Bellerin, who is expected to leave Arsenal in search of a new challenge after a decade at the club this summer.

The 26-year-old fell out of favour during the second half of last season and Inter are hopeful of signing the four-cap Spain international on an initial loan deal with an option to buy next summer.

Arsenal currently have Cedric Soares, Callum Chambers and Ainsley Maitland-Niles as right-back options alongside Bellerin, whilst the Gunners have been linked with new additions in both full-back positions.

Bellerin is one of several senior names who could be available for transfer this summer as Mikel Arteta looks to raise funds and overhaul his squad following a disappointing 2020/21 campaign at the Emirates.

Inter are also said to be monitoring Chelsea right-back Davide Zappacosta, who spent last season on loan at Genoa after being deemed surplus to requirements at Stamford Bridge.