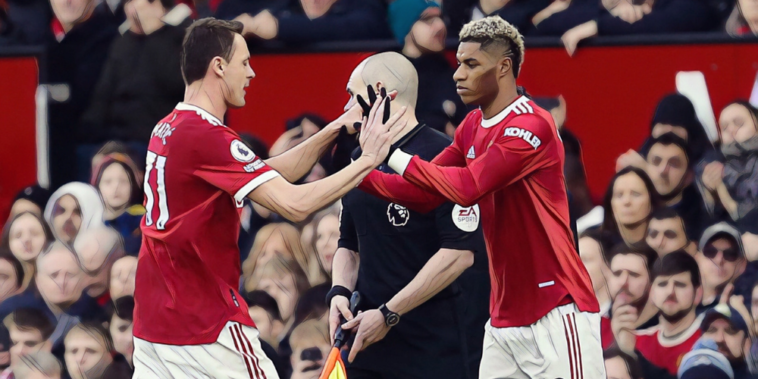 Substitutes provide Premier League managers with a chance to change the course of a game, with coaches often hailed when their tactical decisions make an immediate impact.

Replacements from the bench are an important part of football, as managers bring on fresh legs to help decide the outcome of a game.

This season we’ve already seen several stars make an impression as a substitute and we’ve decided to look at the teams to have had the greatest impact from the bench.

Here are the five teams with the most goals by substitutes in the Premier League this season.

Crystal Palace have had five goals scored from substitutes this season, the most memorable being a debut double for Odsonne Edouard off the bench against Tottenham in September.

Edouard only came off the bench in the 84th minute against Spurs, but struck twice in the closing stages to seal a 3-0 win at Selhurst Park and announce his arrival from Celtic in style.

Michael Olise – another summer signing who arrived in an £8m deal from Reading – has also scored two goals from the bench with the winger growing in influence for the Eagles this season.

Arsenal have had five goals scored by substitutes this season, three of which came in consecutive appearances from Emile Smith Rowe.

The midfielder became just the second Arsenal player – after Tomas Rosicky in 2009 – to score in three successive substitute appearances, netting goals in wins over West Ham, Leeds and Norwich.

Smith Rowe’s impact off the bench also saw him become only the fourth player to score in three consecutive Premier League appearances for Arsenal aged 21 or under, following Nicolas Anelka, José Antonio Reyes and Cesc Fàbregas.

Manchester City boast arguably the most talented squad in Europe and Pep Guardiola has regularly turned towards his long list of alternatives, the Premier League champions having had six goals scored by substitutes this season.

Riyad Mahrez leads the club’s rankings with three goals off the bench, the Algerian having enjoyed an excellent season in front of goal with 18 goals from just 20 starts across all competitions.

City’s substitute scorers have not always been the obvious candidates, however, with both Fernandinho and Nathan Ake having netted from the bench in 2021/22.

Liverpool are alongside the champions in joint-second for goalscoring substitutes, having had six goalscoring cameos this season.

Divock Origi has developed a reputation as somewhat of a substitute specialist in recent campaigns and has scored twice from the bench this season, including a dramatic stoppage-time winner to seal a 1-0 win at Wolves in December.

The ball from Van Dijk. The touch from Salah. The finish by Origi.

Takumi Minamino has also netted twice from the bench this season, with that duo having failed to start a Premier League game between them during the current campaign.

Manchester United have lead the rankings by a considerable margin, having had 10 goals scored by substitutes in the Premier League this season.

Two of those goals came during the 4-2 win at Leeds earlier this month, as both Anthony Elanga and Fred found themselves on the scoresheet at Elland Road following introductions off the bench.

Five of the Red Devils’ goals from substitutes have come since Ralf Rangnick’s arrival as interim coach, with the German having found a knack of changing games using the replacements available to him at Old Trafford.

4 – Marcus Rashford has scored a 90th-minute winning goal for the fourth time in the Premier League, at least twice as many as any other Man Utd player. In fact, no player has ever scored more such winners in the competition's history. Mentality. pic.twitter.com/OVbt1CJF9t

Marcus Rashford has scored more goals as a substitute this season (4) than any other player in the division, including a stoppage-time winner against West Ham last month.

Jesse Lingard has also scored twice from the bench, scoring substitute goals in wins over Newcastle and West Ham earlier in the campaign.