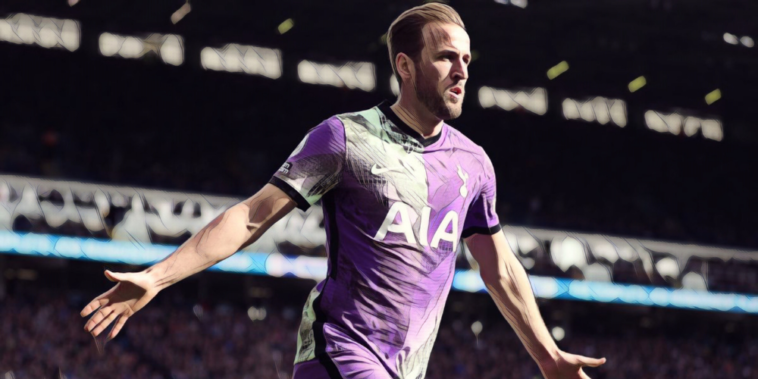 Each week we delve through the Premier League’s weekend action and compile our divisional Team of the Week, with the latest round of fixtures including costly defeats for Brentford and Leeds.

Marcelo Bielsa’s reign at Leeds came to an end following a 4-0 defeat at home to Tottenham, with the Whites now just two points outside the Premier League’s relegation places after a third consecutive loss in which they have shipped 14 goals.

Brentford are also in trouble after losing to a resurgent Newcastle, though there were valuable points earned by Burnley and Watford in their battles to beat the drop, the latter holding Manchester United to a goalless draw at Old Trafford.

Elsewhere West Ham won a crucial clash with Wolves at the London Stadium, whilst Manchester City edged a narrow win at Everton to extend their lead at the top.

Watford boosted their survival hopes with a goalless draw at Manchester United, a plucky performance and some wasteful finishing from the home side seeing the Hornets leave Old Trafford with a pervious point.

United’s inability to hit the target saw Ben Foster perhaps less busy than he had anticipated, but the veteran goalkeeper produced an outstanding moment against his former side to save one-on-one against Bruno Fernandes.

At 38 years & 329 days old, @BenFoster is the oldest visiting goalkeeper to keep a clean sheet against Man Utd at Old Trafford in the #PL 👐

The previous oldest to achieve this feat was David Seaman (38y 231d) in May 2002#MUNWAT pic.twitter.com/uUjNP1lve0

Foster dealt with everything else that came his way as Watford held on, a result which leaves the struggling side just three points from safety.

Aston Villa returned to winning ways at Brighton in a performance that will have pleased Steven Gerrard following a mini-wobble, goals from Matty Cash and Ollie Watkins earning three points at the Amex Stadium.

Cash was an all-action presence at right-back and despite some indifferent moments defensively he made a decisive contribution, lashing home the opening goal with a pinpoint finish from the edge of the area.

Cash ended the game with eight clearances and 100% success rate for tackles won and aerial duels, whilst his goal was followed with a classy celebration after the defender unveiled a message in support of Poland team-mate Tomasz Kedziora, who is currently in Ukraine.

An outstanding performance from Zouma as West Ham secured a crucial 1-0 win over Wolves, the centre-back dominant in his duel with Fabio Silva to help his side to a clean sheet.

Zouma made a superb last-ditch challenge on Silva in the first half and was equally impressive after the break, helping the Hammers to a hard-fought win that keeps alive their hopes of reaching the Champions League.

West Ham’s best defender and by some distance, it’s easy to see why David Moyes has been firm on his stance regarding Zouma despite the objections to his recent inclusion.

Impressed on the left side of Antonio Conte’s back three, the left-footed Davies brought balance to the backline and his familiarity with full-back ensured he plugged the gaps left behind by Ryan Sessegnon’s forward runs.

Sessegnon was an impressive performer as Davies provided the assurance behind, with the Wales international making a brilliant block to stop a certain goal after Stuart Dallas had rounded Hugo Lloris.

Spurs remain inconsistent and with work to do to secure a top four finish, but this was an improved showing with a number of experienced stars – including Davies – providing a response to their recent form.

Southampton extended their unbeaten run to five games with a dominant display to beat Norwich 2-0, a win which saw Ralph Hasenhuttls’ in-form side rise to ninth in the Premier League,

Kyle Walker-Peters continued his excellent recent form and the defender looks increasingly comfortable at left-back, getting forward well to join the attack and defending diligently at St Mary’s.

The 24-year-old has been among the most consistent full-backs in the division this season and can’t be far away from Gareth Southgate’s thoughts for an England call, even given the abundance of options at the Three Lions disposal.

Central to Southampton’s success against Norwich, the Spaniard provided his usual reassuring presence in midfield and ensured the Canaries’ counter-attack failed to threaten with a number of tackles and interventions.

Romeu’s defensive work is vital to the Saints’ system and he won 7/9 of his duels against Norwich, whilst he completed 65/73 passes as he kept the ball moving.

The 30-year-old also added a rare goal with a thumping strike from distance, his first in the Premier League since scoring against West Bromwich Albion in October 2020.

What a turnaround it’s been for Joelinton at Newcastle, with the midfielder reinvented under Eddie Howe and emerging as one of the Magpies’ most influential figures.

Joelinton’s industry and athleticism were important as Newcastle dominated the engine room following the early sending off of Brentford midfielder Josh Dasilva, whilst the Brazilian rose brilliantly to power home Ryan Fraser’s cross and score the game’s opening goal.

Joelinton's game by numbers vs. Brentford:

It was a goal that meant a lot to a talent who has had a challenging road to prove his worth at Newcastle, with Joelinton racing the length of the pitch to celebrate with the travelling support.

Michael Olise continued his excellent recent form during Crystal Palace’s 1-1 draw with Burnley, the winger fast becoming an influential figure for the Eagles after his gradual integration into the side.

Olise led the clash for successful dribbles (3) and ground duels won (8), whilst he provided an assist for Jeffrey Schlupp to make it eight goals and assists in his last 10 appearances in all competitions.

Crystal Palace’s Michael Olise has provided more #PL assists this season than any other player aged 21 or under (5)#CRYBUR pic.twitter.com/wsi0oIaDS1

The 20-year-old is fast becoming one of the signings of the season following his £8m arrival from Reading last summer, with Olise having now provided more Premier League assists (5) than any other u21 player so far this season. He’s started just eight league fixtures.

Arguably Fraser’s best performance since signing for Newcastle, this was a return to the winger’s Bournemouth best as he tormented Kristoffer Ajer and gave the defender a torrid afternoon.

Fraser had the beating of the Norway international and he knew it, taking him on time and time again before delivering balls into the Brentford box.

One teasing cross from Fraser was met emphatically by the rising Joelinton to open the scoring, a just reward for the 28-year-old who looked comfortable following his move to the left and combined well with Matt Targett.

Ollie Watkins looked back to his best as a busy and bustling presence for Aston Villa, ending a run of six games without a goal with the crucial second in the 2-0 win at Brighton.

Watkins powered past Joel Veltman before firing home against the Seagulls, a goal which capped an impressive all-round performance from the England international as he posed problems for the Brighton backline.

The goal that sealed the points. 👌 pic.twitter.com/FiVOTlf8ig

Steven Gerrard is yet to find the best balance between his attacking options at Aston Villa and finding the formula – alongside getting the best from Watkins consistently – will be key to how his side finish the season.

Tottenham’s best player as the north Londoners bounced back from defeat at Burnley, producing a fine performance to thrash Leeds at Elland Road.

Kane was the architect of an attacking performance that cut apart the struggling side, dropping deep into pockets of space and carving out opportunities for his teammates.

The England captain got himself on the scoresheet after guiding Pierre-Emile Hojbjerg’s pass into the far corner, before getting the assist his performance deserved with a lofted ball into Son Heung-Min – an assist with saw the dovetailing duo set a new Premier League record with 37 goal combinations.

Read Also – Unforgettable Debuts: A baby-faced Rashford announces himself to the world with Europa League brace