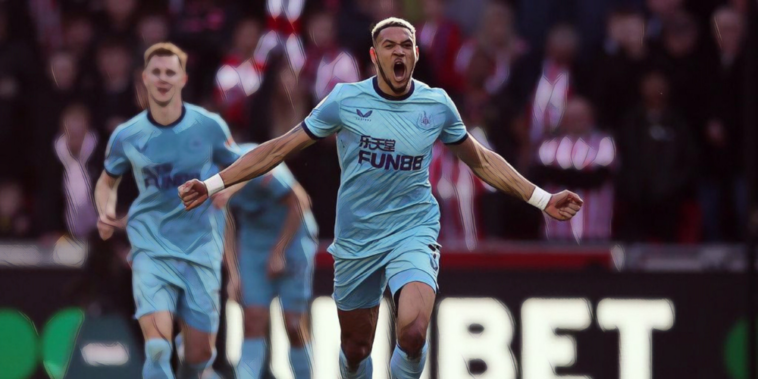 Football fans across the world were delighted to see Christian Eriksen make his return to the sport this week, the midfielder introduced as a second-half substitute during Brentford’s defeat to Newcastle.

It was the first time Eriksen had stepped onto a pitch for a competitive fixture since suffering a cardiac arrest at the European Championship last June, images which shocked and distressed the watching world.

The start of something speciel 🙌🏻#ce21 pic.twitter.com/0UuvNC1o9P

At a time where perspective is important, it was a feel-good moment for the Premier League and football as Eriksen made his return.

Controversy of the Week

Discussing decisions from officials is our least favourite talking point from a weekend of Premier League action, but there is little doubt that the controversy from Everton’s defeat to Manchester City could have major repercussions at both ends of the table.

Frank Lampard was left fuming after Everton were denied a late penalty at Goodison Park, despite the ball striking the arm of Rodri in an unnatural position.

🗣 “I’ve got a three-year-old daughter at home who could tell you that’s a penalty.”

Debate raged over whether Richarlison had been flagged offside in the build-up, though Lampard subsequently revealed he had been told no offside had been awarded and that the penalty was instead an isolated incident.

The Premier League have explained in a statement that the decision stood because there was ‘not clear enough evidence to show conclusively that it was handball’, a baffling assessment and one which raises questions over the standards and consistency of officiating in the division.

Everton were denied a penalty after Rodri was deemed to have not deliberately handled the ball ❌ pic.twitter.com/XqpQ2uiRTb

The decision denied Everton the chance of an equaliser from the spot and leaves the Toffees just one point above the Premier League’s relegation places, whilst City’s 1-0 win saw the champions extend their lead at the top to six points.

What a turnaround it has been for Joelinton at Newcastle, the once maligned midfielder having become a firm fans’ favourite at St James’ Park.

The Brazilian has been a player reborn since Eddie Howe’s arrival at the club, with the decision to move Joelinton into a box-to-box role having been inspired.

Joelinton has been a revelation as a marauding midfielder for Newcastle in recent weeks, with the 25-year-old having symbolised the Magpies’ resurgence with a series of impressive performances.

Joelinton's game by numbers vs. Brentford:

Joelinton was excellent in the 2-0 win over Brentford, a victory that saw the Magpies leapfrog their beaten opponents and move further clear of the Premier League’s relegation places.

His 11 duels won was a game-leading total as he pressed high and rampaged forward from midfield, the presence of the impressive Jonjo Shelvey allowing both Joelinton and Joe Willock to flourish further forward.

The deeper role has relieved the midfielder of the goalscoring pressure he carried when operating as a number nine, having been pushed into a role that failed to get the best from his talents.

His goal this weekend was a fine moment and one celebrated with a run the length of the pitch to celebrate with the travelling fans. Goals are no longer the measuring stick for the £40m man, however, who has shown the different strings to his bow can be hugely effective.

Oriol Romeu doesn’t score often, but when he does they tend to be memorable.

The Spaniard has enjoyed an excellent season as an assuring midfield presence alongside James Ward-Prowse, the duo’s complementary talents having been the backbone of Southampton’s impressive run of form in recent weeks.

Romeu has won plaudits for his defensive discipline and composure in possession, though the midfielder showed he can make an impact further forward when given the chance this weekend.

His goal against Norwich was a wonderful strike, one which extended Southampton’s unbeaten run at St Mary’s to 10 matches.

Jordan Pickford came close to earning Everton a point against Manchester City, making a string of saves in the second half as the Premier League champions upped the pressure.

Pickford had been relatively quiet during the opening exchanges at Goodison Park, but stood strong to make a double save from Kevin De Bruyne and Bernardo Silva to keep the game goalless.

Pickford could perhaps have done better with De Bruyne’s initial effort, but he was alert to the danger of Silva’s follow-up as he got back to his feet to make a second save.

Marcelo Bielsa’s reign at Leeds came to an end after a 4-0 defeat to Tottenham at Elland Road, a clash with saw Harry Kane and Son Heung-Min set a new Premier League record for goal combinations.

There was also an unwanted record for Leeds, however, whose torrid run of form means the club have now conceded 20 goals in February alone – the most a Premier League side has ever conceded in a single month.

20 – Leeds United have conceded 20 goals in February alone in the Premier League, the most a side has ever shipped in a single month in the competition, and most in a month by a top-flight side overall since Newcastle in April 1986 (21). Dire. pic.twitter.com/7OkzzhZn9l

Leeds also became the first team since Sunderland in November 2005 to have conceded 3+ goals in five consecutive Premier League games, a season which saw the Black Cats finish bottom and end the season with just 15 points.

These are concerning times for Leeds fans, whose side are now just two points above the Premier League’s relegation places.

Everton’s performance against Manchester City was undone following a defensive error from Michael Keane, the centre-back – no stranger to criticism this season – getting his feet in a hopeless tangle to allow Phil Foden to score.

It was a real poor moment from the defender as he was caught flat-footed and unaware of Foden behind him, a split-second that cost Everton a point their performance had perhaps deserved.

🗣 "That is what champions do!"

Phil Foden pounces on an unfortunate deflection to break the deadlock 🔒 pic.twitter.com/X737K65VDE

Everton will need better in the coming weeks as the Toffees look to climb away from danger, with the threat of relegation real for Frank Lampad and his side.