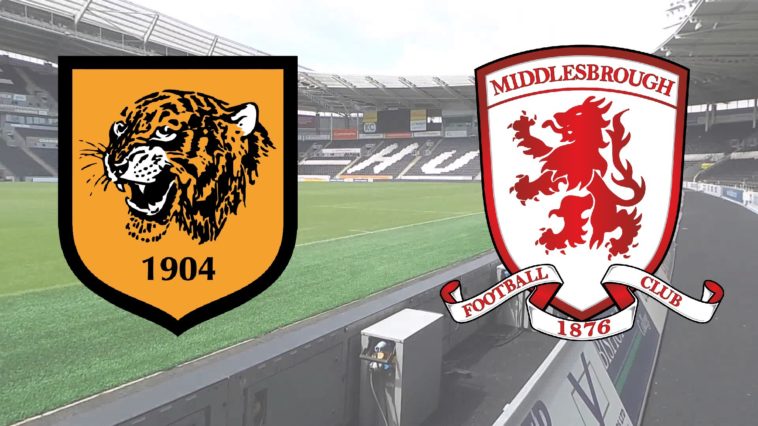 A huge relegation zone clash as two of the bottom three face off in a game where defeat for either team would represent a real body blow to their survival chances.

Hull will, on the back of that morale boosting comeback against West Ham, be in high spirits. If they survive this season it’ll be in no small part due to their home form. Unbeaten in their last eight at the KC Stadium, Silva will feel his men have more than enough to claim all the spoils.

The motivation will being the potential to climb out of the relegation places should Swansea fail to win at home to Spurs. Getting past a miserly Boro defence, the 5th best in the league, will be no easy task though.

For Middlesbrough its game they can ill afford to lose. You could argue a draw would be disastrous given the perilous position they find themselves in.

The ‘week of destiny’ got off to an underwhelming start with the 0-0 draw at Swansea. That was arguably the easier of the two away games they face this week given Hull’s brilliant home record under Marco Silva. They have to show more attacking intent against an inferior Hull defence. Playing it safe and looking good defensively won’t be enough to snatch all 3 points

With Hull, it’s been a bit a case of hit and miss in recent weeks, losing their last two away games, but winning their last two at home. Overall though, in comparison to their opponents, they’ve accumulated 15 points in the time since Boro last won. A vital point picked up at Old Trafford, along with impressive home wins against Liverpool and Swansea have brightened what was a bleak outlook before Marco Silva arrived to replace Mike Phelan. Fair to say, Hull are the form team between the two.

Middlesbrough’s form has been nothing short of woeful. Since they recorded their last victory, the 3-0 win at home to Swansea on December 17th, they’ve lost seven and drawn four. It’s relegation form it has to be said.

Whilst it would be a stretch to say Steve Agnew has steadied the ship, he has brought a little credibility back into Boro’s performances. They looked more positive against Man Utd at home, the 3-1 reverse flattering United slightly. The game at Swansea wasn’t great, but it’s a point, their first in four games. Slight tweaks in style of play have seen some more attacking intent, but not enough to trouble the opposition enough.

Hull will be without Tom Huddlestone, serving the second of his three match suspension. Evandro (calf) could be included in the squad after his recent return to training. Long term absentees Dieumerci Mbokani (hamstring), Ryan Mason (head), Moses Odubajo and Will Keane (both knee) are still out.

Michael Dawson may well start after returning to the bench against West Ham following his recent injury lay-off.

Middlesbrough will definitely be without Fabio (concussion). Both George Friend (calf) and Calum Chambers (foot) were nearing returns to the squad prior to the Swansea game, so could be in contention, however the game might still come a little too soon for them.

With this in mind, James Husband is tipped make a rare appearance in the squad. His last league outing for Boro came in February 2015. Gaston Ramirez (ankle) was due to undergo a scan to assess the extent of any damage caused during the Swansea game, but boss Steve Agnew is quietly optimistic he’ll make the squad.

The bookmakers make Hull the clear favourites to emerge with a win with them currently priced at evens, whereas it’s 14/5 for a Middlesbrough triumph. The draw is at 9/4.

In a game of this magnitude, you’d think Boro would make more of a concerted effort to trouble the scorecard, so ‘Both Teams To Score’ at evens could represent decent value to double your money.

However, I’d be inclined to recommend Hull to win 1-0 at 9/2, what with their home form. A tight Boro defence don’t concede many, but pressure from the home team might just see them buckle.

We are currently looking for more writers to join our team. If you support Hull City or Middlesbrough, and are interested in writing, then please apply to write for us.