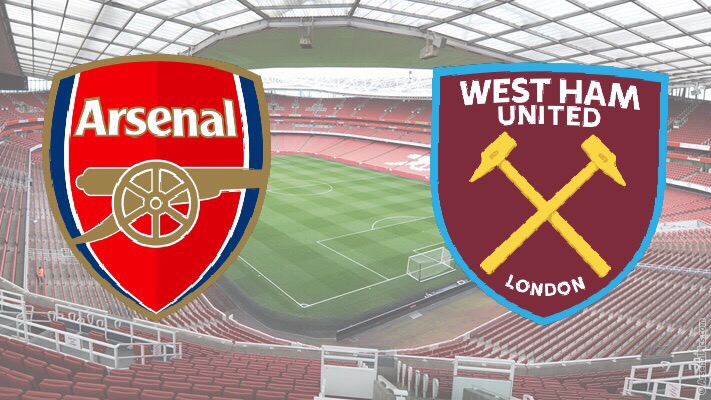 A struggling Arsenal team meet an even more struggling West Ham team on Wednesday as the two London teams, desperate for 3 points look to get the better of each other at The Emirates Stadium.

Arsenal have won just one of their last six Premier League games, and sit 6th in the table, a point ahead of 7th placed Everton. Arsenal come into this having played out a 2-2 draw against Manchester City on Sunday. While the top four hopes may be waning for Arsenal, they still have to try to finish as high as possible in the table.

West Ham are also on the same page as Arsenal. The Hammers have won none of their last six Premier League games and are 14th in the table. A win could see them rise as high as 11.

Both Slaven Bilic and Arsene Wenger are under immense pressure. While their future at their respective clubs might be still uncertain, West Ham, however, have publicly backed Bilic and have assured 100% faith in him.

Arsenal will be without captain Laurent Koscielny, who suffered an Achilles injury against Manchester City. Aaron Ramsey and Oxlade Chamberlain may return for the Gunners.

Winston Reid is a doubt for West Ham, but Michail Antonio and Diafra Sakho could return.

Andy Carroll, the English forward, remains a threat for Arsenal. The striker has scored five and set up one in his last eight appearances for the Hammers. He also has a great record against Arsenal, scoring four in his last two against the Gunners. Thus includes a 10 minute hattrick at Upton Park in last season’s 3-3 draw.

West Ham will have a tough time against Alexis Sanchez and Mesut Özil. The Chilean scored a hattrick the last time these two teams met at The London Stadium in a 5-1 victory for the Gunners in December.

Unsurprisingly, Arsenal are the favourites to win this one, available with odds of 2/5. However, with Arsenal’s poor form, you may be tempted by 4/1 for the draw, or even a West Ham win at 6/1.

If you fancy Andy Carroll to take advantage of Arsenal’s defence, he is 2/1 to score any time. Alexis Sanchez is 10/3 to score first.

Arsenal are not in the greatest of runs, but I still expect Arsenal to get a comfortable victory in this fixture. I go for a 3-1 victory for Arsenal.

We are currently looking for more writers to join our team. If you support Arsenal or West Ham, and are interested in writing, then please apply to write for us.