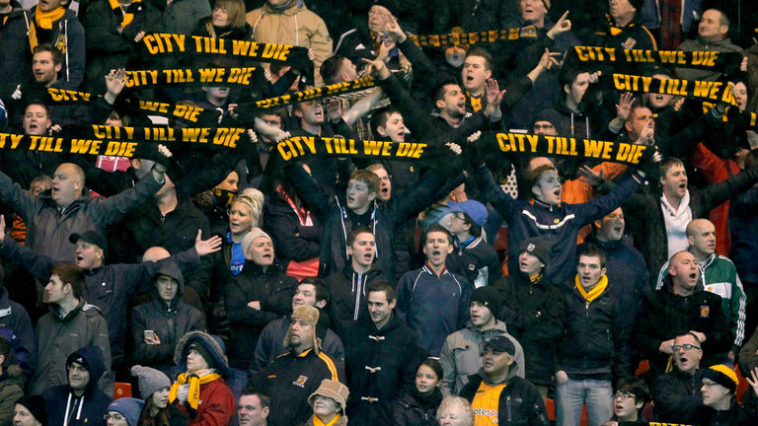 In recent years Hull City fans have enjoyed the best success in the club’s history. Three promotions to the Premier League in 2008, 2013 and 2016, an FA Cup final and a brief stint in the Europa League will never leave the memories of the Hull City faithful.

However, despite these accomplishments, many fans have become disillusioned with the club thanks to the heavily turbulent reign of Assem Allam and his son Ehab.

The current owners bought the club on the 16th December 2010 for just £1. After many weeks of rumours and speculation, Assem stated that he felt it necessary to “Pay back the area.”

This news was welcomed greatly by Hull City supporters, with the club being in financial turmoil at the time after the club’s relegation from the Premier League in May of the same year. £30million was pledged to be invested by them after the takeover, with a further £10million being assured to the club.

After two seasons in the Championship where the illusive play off positions escaped Hull City’s grasp, it was announced in June of 2012 that Steve Bruce would be appointed as manager. The next season was a great success, with the club securing promotion to the Premier League for just the second time in the club’s history after a dramatic final day 2-2 draw against champions Cardiff City.

At this point, many fans of the club viewed Assem Allam as the club’s hero, with a banner being displayed with the words “Thank You Mr Allam” in the celebrations after the promotion-winning game.

The season that followed was arguably the club’s greatest. Premier League survival and an FA Cup fairy-tale that ended in an eventual 3-2 defeat in the final to Arsenal after an Aaron Ramsey winner in extra-time, despite leading by two goals within ten minutes. The season was topped off by the news that, thanks to Arsenal’s qualification for the Champion’s League, Hull City were in the qualification stages of the Europa League.

Despite the triumphs of 2013/14, the season was tainted by the chairman’s plans. In August 2013, he announced plans to rebrand the name of the club from Hull City to “Hull Tigers.” He stated that the “City” in the club’s name was “irrelevant” and a “lousy identity.” He also claimed that many other teams will follow his lead and change their names to “something more interesting.”

These plans were subject to a huge backlash by the club’s fans. A series of protests ensued and a group named “City Till We Die” was established to oppose the name change. In retaliation to this, the chairman was quoted saying that the fans opposed to the name change can “Die when they want” and “Nobody questions my decisions in my business.”

However on the 9th April 2014, the FA did just that – rejected the proposed name change, later rejecting a subsequent appeal by the club. After this, Assem Allam indicated his intention to sell the club.

A full two years after indicating their intentions of selling the club, the Allams are still in charge. They introduced their plans of a new “membership scheme” designed to, according to vice-chairman Ehab Allam “Make football more affordable for the vast majority of fans.” In doing so, removing concessions and closing half of the West-Upper stand. This has lead some fans to believe that they are actually being priced out, rather than saving money. Although there has been reduced costs for many fans, the general consensus among fans is one of negativity. Many fans are angry with the new scheme

A disastrous pre-season campaign which left them being barely able to muster a full squad, and without a manager, left many tipping Hull to drop straight back into the Championship. Despite Hull City’s recent resurgence in form under new boss Marco Silva, there is no question that there are deep underlying problems at the club.

Thousands of fans refuse to attend their club’s matches as they believe it is no longer theirs.

It is in the interest of both the owners and the fans that a buyer for the club is found, who can allow the whole city to relish the prospects of playing in the best league in the world.

Totally one sided nonsense. The most successful years of the clubs history. Yet minority’s of fans demand that the owners bend to their will. Untold damage to the clubs reputation lies squarely with the minority mob.

Good article, if maybe a little one-sided as Marco suggests. However, the leadership at the club has squarely ignored the fans for some time now, and deserves most of the criticism it receives. The name change was a fiasco, the membership scheme punitive and vindictive (if now priced much more reasonably for 2017/18), and the pre-season a shambles. To Ehab’s credit he saw the writing on the wall under Phelan, and brought Silva in. #UTT.

This article is one of the best.

This lad has some talent.