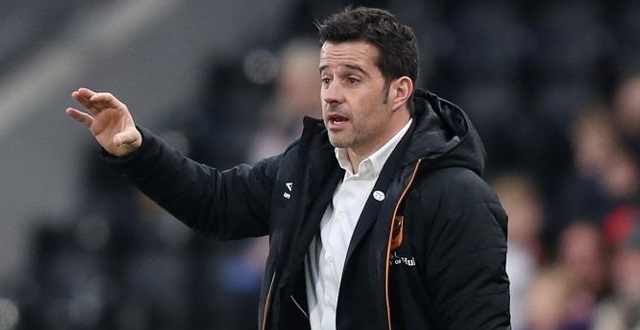 Hull City’s rescue mission is in full swing, as Marco Silva lifts the tigers out of the relegation zone following back-to-back league wins.

His spell at the KC Stadium started in promising fashion when he was awarded Premier League Manager of the Month in August 2016. Hull recorded back-to-back wins against Leicester City and Swansea City in the opening month of the season.

Fast forward to the time of Phelan’s sacking and the Tigers were firmly rooted to the bottom of the table.

They were three points adrift of safety and turned their attention to former Olympiakos manager Marco Silva to preserve their Premier League status.

There has been a significant improvement since his appointment. Hull have climbed two points clear of the relegation zone, with back-to-back wins against West Ham United and Middlesbrough.

Marco Silva arrived in England as a relatively unknown manager but his impact at the KC Stadium has hardly gone unnoticed. Despite this early perception in England, Silva has a successful early history in management.

He established himself in Portugal with Estoril when he gained promotion to the top flight and guided them to Europa League qualification. He also managed Sporting Lisbon and Olympiakos, where he won the Greek Super League.

Marco Silva has added a touch of class to Hull’s style of play. This has been boosted by the arrival of various high-profile players.

Andrea Ranocchia joined from European giants Inter Milan. The Italian is a very efficient central defender and helps the team build from the back.

Lazar Markovic has been given a new lease of life at the KC Stadium, after failing to make an impact at Liverpool. Although he’s only at Hull on loan, it’s essential that Silva signs him on a permanent deal at the end of the season.

Oumar Niasse, who was neglected at Everton, has been able to play a star role in Hull City’s rescue mission. The Senegal international has scored four goals in 10 league appearances for Hull. This despite not scoring a single goal for the Toffees.

Silva took the risk of selling Hull’s two key players, Robert Snodgrass to West Ham United and Jake Livermore to West Bromwich Albion. He made various key signings, with the permanent signings of three key players and the loan signings of a handful of other stars.

Firstly, the Portuguese manager ensured he sealed the signing of Markus Henriksen from his initial loan deal to a permanent signing from AZ Alkmaar. The signings of Polish international Kamil Grosicki from Rennais and Evandro from FC Porto followed shortly after.

Lazar Markovic, who impressed during his time at Benfica, signed for Liverpool in 2014. He failed to impress at Anfield but Silva gave the Serbian international a chance to show his true potential.

He also signed Omar Elabdellaoui from his former club Olympiakos on loan until the end of the season. Alfred N’Diaye joined on loan from Villarreal and has slotted into a vital defensive midfield role.

The Stats to prove it

This means that the Tigers have picked up four more points in their last 11 games, than they did in their opening 20 matches. It’s almost an average of one point per game more. (1.54 v 0.65 points per game)

This is because they are now both better at the back, and more threatening in front of goal.

Before Silva, Hull had only netted 17 goals and conceded 44 goals in their opening 20 matches. This meant they averaged 0.85 goals per game, conceding around 2.2 goals per game.

After Silva’s arrival, the Tigers have scored 15 goals and conceded just 17 goals in their previous 11 league games. They have averaged 1.36 goals per league games and conceded an average of 1.54 goals per game. Much better at each end of the pitch.

The statistical improvement is very significant and the team performance is also very evident.

Hull, with Marco Silva at the helm, have dragged themselves from the brink of relegation. With teams like West Ham in free-fall above them, they are in a very strong position to preserve their Premier League status.

Can they do it? All will be revealed on May 21st.

If you are interested in writing about Hull City, please join our rapidly expanding team of writers.

As a City supporter, Hull seems a tricky opponent under Silva. Nervous for this tie!