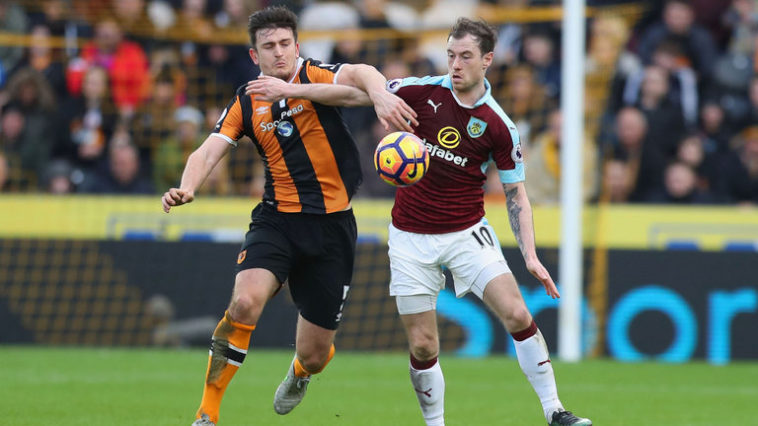 Hull City played out a 1-1 draw with Burnley at the KCOM stadium on Saturday, which could prove to be detrimental in Hull’s bid to avoid the drop.

1: Robbie Brady is showing his worth

Brady was at the heart of Burnley’s equaliser yesterday, putting the corner in for Keane to smash home. Brady was also at the centre of most of the Clarets’ most dangerous attacks. With some slightly better end quality, he could very easily have scored a couple and set a few up. The winger has added some much needed flair and creativity to the Burnley attack and he has already been involved in two key goals, which have lead to Burnley picking up two points.

2: Tom Huddlestone is extremely under rated

Huddlestone was on the score sheet yesterday, converting rather luckily from the spot, to fire the Tigers into a 72nd minute lead. Anyone who wasn’t at the game probably wouldn’t know that Huddlestone was very good yesterday and his role in the Hull side is one that not many plyers could do. The former Tottenham midfielder sits in front of the centre half’s and starts a lot of the Hull attacks. His passing range is that of a top player. If you make a run forward, more often than not, Huddlestone will find you. Without the big midfielder yesterday, I don’t think Hull would have got anything out of the game.

3: Burnley’s away form is on the up

The Clarets are still winless on the road, but things are looking brighter and that first away win of the season is definitely edging closer. Yesterday was a golden chance to finally break the away day hoodoo, as the Clarets had golden chances at 0-0 but failed to take them. If Burnley had scored the first goal, they would have won the game, that was the nature of the contest yesterday. Sean Dyche got his tactics spot on yesterday, and they had the Tigers on the rack for large parts of the game, but that final bit of quality in the last third was missing.

4: Without Markovic, Hull are blunt in attack

Hull went with Ahmed Elmohamady and Kamil Grosicki on the wings yesterday in Markovic’s absence, but neither set the world alight. Grosicki was the better of the two. He looked quite dangerous at times and found himself relatively unlucky not to get on the score sheet, his bending right footed effort curling tantalisingly wide of the far post. Markovic adds some extra pace and finesse in the final third and that wasn’t in show yesterday, with Hull creating relatively little in front of goal. Without the penalty, I’m not sure they would have scored.

5: Ashley Barnes can be a bit of a loose cannon

Ashley Barnes saw red in stoppage time after a flailing arm caught Andrea Rannochia in the face. Having already been booked in the aftermath of the penalty decision, Barnes was shown his second yellow by Martin Atkinson. The main strength to Barnes’ game is his physicality and he plays on the edge, making him a nuisance for defenders, but this can often result in him being on the wrong end of some refereeing decisions. This physicality often means he catches defenders with stray elbows and yesterday, he was punished.