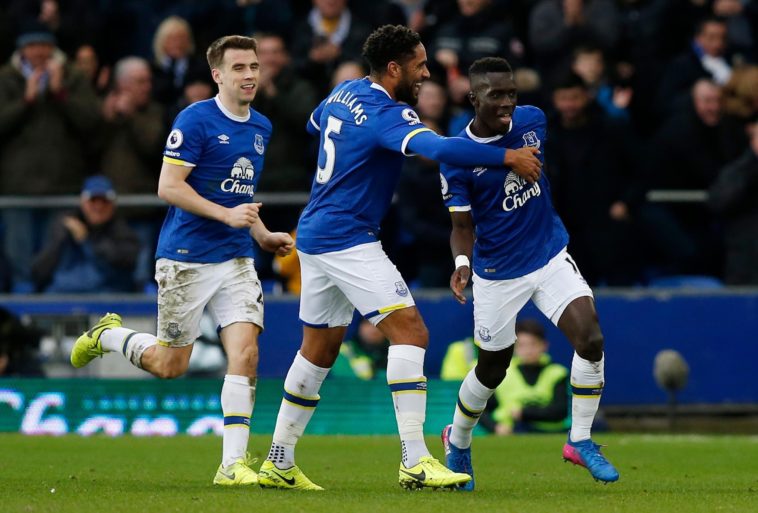 After a well deserved win against an almost certain to be relegated opponent let’s see what we learned after Everton beat Sunderland 2-0 at Goodison Park.

With his first strike in English football Idrissa Gueye has showed why he’s been one of the bargains of the season with another great performance. Ronald Koeman revealed after the match that he was disappointed in the lack of goals from midfield and worked on finishing which obviously showed with Gana’s superb goal. If the tough tackling midfielder can add goals to his game he’ll perhaps get the mainstream recognition he deserves and could maybe be put into team of the year because of it.

2: Lookman looks to not be ready

After scoring on his debut against Manchester City the sky looked like the limit for Ademola Lookman. Bur in recent weeks it certainly seems like maybe the step up from League 1 has come a bit too soon for the youngster. There is clearly bags of talent in him and he could definitely be a massive player for Everton in the future, but for the time being maybe coming off the bench against fading teams is what is best for him if for nothing else than to build his confidence.

3: How good is Schneiderlin?

When the French midfielder came to Everton there was no doubt over his quality when playing under Koeman at Southampton but after a tough time with Manchester United there were doubts that he didn’t justify his price tag however if he can put in performances like that every week then he’ll be worth every penny. With the aformentioned Gueye getting back to his pre-AFCON form it’s certainly a prospect that excites Everton fans when they see the midfield options available. Perhaps one of the strongest midfields in the Premier League?

4: Lukaku is one of the best around

I think it’s well established at this stage that Romelu Lukaku isn’t the worst, in fact lately he’s been looking like one of the best. With a goal he equaled Everton’s Premier League top scorer record as well as the current season top scorer in the league. He also had what was a massive goal chance ruled offside wrongly so is it too much to say that he should not only be equal to those records but ahead of them? I also think if Duncan Ferguson is heralded as an Everton Legend then Lukaku can’t be far behind him in hero status surely?

5: European Football is integral to Everton next season

As I just menitioned about Lukaku being one of the best in his position, it means that the club must do everything to keep him where he is and give him European football to keep him happy.

It’s not just Lukaku who this effects but every player in the squad. No one wants to just be happy finishing in the top half and it’s clear Ronald Koeman wouldn’t be satisfied with that either. Every player who was come in has spoken about Koeman’s “project” and it is very clear to see that it includes regular European football. I’m sure most fans would jump at the chance to support the team around Europe and it allows the club and Koeman to attract higher quality players to the club in a ever improving nature.