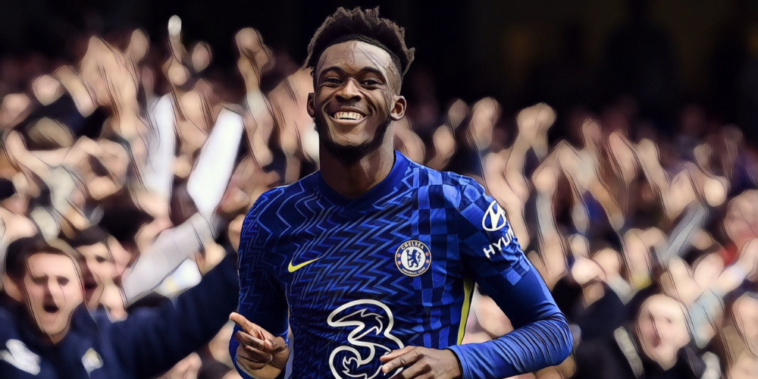 Callum Hudson-Odoi has revealed Thomas Tuchel’s message after the winger was handed an opportunity in the Chelsea side against Norwich.

Hudson-Odoi starred after being handed a starting spot for Chelsea’s 7-0 thrashing of Norwich, scoring his first Premier League goal of the season and later providing the cross for Max Aaron’s own goal.

The 20-year-old produced a promising performance in an attacking role behind Kai Havertz and will hope to build upon his impressive showing after struggling to win favour under Tuchel.

Before the game, Tuchel was challenged the academy graduate to prove himself, and he has now revealed the advice the German head coach gave him ahead of the Norwich clash and has outlined his desire to work hard and force his way into the club’s plans on a permanent basis.

“It was just to keep putting in the intensity, and keep working hard and going forward and being direct – be myself. And try to create as many opportunities as possible, try to score. Be decisive in the box,” he said, as per the Evening Standard.

“It was good the sort of instructions that he gave to me, playing in that position – to be free, to do what you do, and try to make things happen. It was very influential for me. It was good.