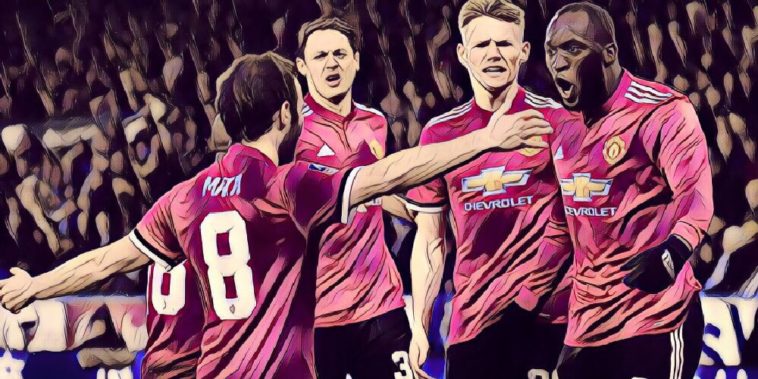 Romelu Lukaku scored in both halves to fire Manchester United into the FA Cup quarter-finals amidst some VAR confusion.

Lukaku opened up the scoring with an accomplished finish off a pass from Juan Mata in the 3rd minute. From that point on, the Terriers dominated the rest of the first half, until Mata rounded the keeper on the stroke of halftime, and put the ball in the net. VAR ruled the goal out, but replays were messy and raised more questions than answers. In the end, it did not matter, as Lukaku and Alexis Sanchez countered with menace from a Huddersfield corner, with the Belgian finishing off a flowing move to seal victory in the second half.

When it was announced that the FA Cup would be using VAR this season, the general assumption was that it would eliminate the howlers, the truly awful decisions. So far, it has not proved to be the case. The farce of the wobbly lines used by the system when checking Mata’s “goal”, combined with the lengthy stoppage has turned a promising idea into a joke.

Surely, VAR should be used for clearly incorrect decisions, as opposed to the most marginal of decisions. In this case, Mata eventually appeared to be a centimetre or two offside, something that would be impossible to conclude without several replays, and many minutes of reviews. The implementation of VAR in this season’s tournament has been clunky and unimpressive, and unless the execution of the system improves, it is difficult to see it getting another chance, even if it ensures that every decision is the right one.

Even former referee Graham Poll had damning words for the system.

By the time the final whistle was blown, Huddersfield had outshot Manchester United, 19-5. Despite this, all their shots on target came from outside the area, whereas United scored from both of theirs. The Terriers dominated the game, but when the chances did come, they lost their composure.

With the Premier League’s relegation battle encapsulating every team in the bottom half of the table, the conversion of chances will be of utmost concern to David Wagner’s side. In the end, goals scored could be the difference between Premier League and Championship football next season. They will have a chance to build on their 4-1 win against Bournemouth, and unlike today, they need to take that chance.

Bailly’s return is a welcome Boost

United’s recent Premier League games against Newcastle and Spurs have been underlined by defensive howlers from the partnership of Chris Smalling and Phil Jones. With Jones rested today, the focus was on Smalling, and despite his improved performance, the feeling is that the fans, and perhaps the management, have seen enough.

The sight of Eric Bailly coming on as a late substitute for Lukaku will have buoyed the Red Devils. Arguably the best defender at the club, the Ivorian’s season has been torn asunder by injuries. Even if he is not fit in time for the Champions League clash with Sevilla, his return is an enormous boost to a creaking defence.

Going forward, United were less than fluent. The midfield three of Scott McTominay, Nemanja Matic and Michael Carrick was not mobile enough, though the system might be what is needed to get the best out of Paul Pogba in midweek.

Mourinho may need to accept that he cannot shoehorn all of his talented forwards into a formation and expect it to work, especially if the midfield behind them is sputtering. It may be a case of less is more, and a permanent switch to a midfield three may finally liberate Pogba. It will be interesting to see how Mourinho sets his team up in Seville.

A couple of attacking components that are finally getting on the same wavelength are Lukaku and Sanchez. Their link-up for the second goal was sublime, a pacey, incisive counter-attack, with quick passing and a deadly finish. It settled United, and from that point on, the game was just about over.

Mourinho will hope that his two big signings from the past year will continue to build on this understanding, and that it can help propel United to Champions League success on Wednesday against Sevilla.