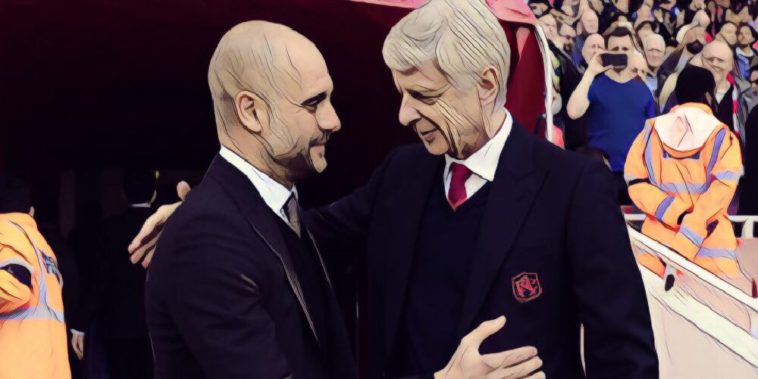 Arsene Wenger has a man crush on his Pep Guardiola, or that is certainly how it seem’s listening to his latest comments about the Man City manager.

Manchester City have stormed to a 16 point lead at the top of the Premier League, and are still battling to achieve an unprecedented quadruple.

The first part of that quadruple could be completed next weekend with the League Cup final against Arsenal at Wembley, and speaking to BeIn sport, Wenger has lavished praise on the former Barcelona and Bayern Munich manager:

“I think he has done much better than I have and he’s knowing very well what to do.

“He has exceptional teams and he is managing them very well.

“I think I respect what he does because he has a clear vision of the game, he has a positive attitude, a positive philosophy.

“Even if he doesn’t win I have as much respect as when he wins because I think people have an influence in the game. It’s very important to have a positive attitude towards the game.”

Wenger also added that he tried to sign Guardiola towards the end of the Spaniard’s playing career.