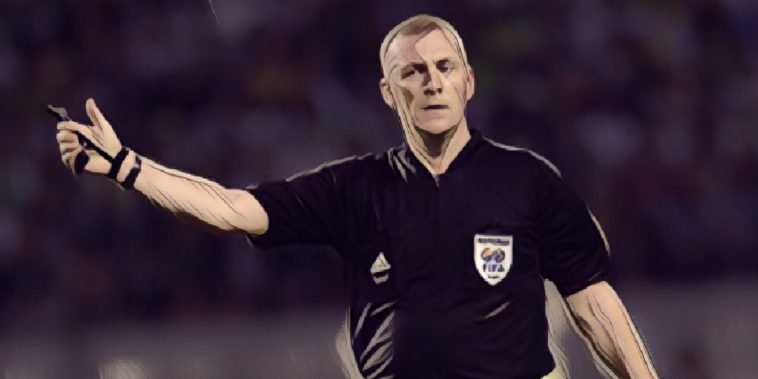 Former Premier League referee Graham Poll has slammed VAR in what is the latest controversy during its trial.

Having already been subject of huge focus in the fourth round fixture of the FA Cup between Liverpool and West Brom, the Video Assistant Referee took centre stage once again this weekend.

As Manchester United faced Huddersfield at the John Smiths Stadium, and with the hosts dominating the game, United broke forward down the right, Ashley Young put in cross which was eventually tucked away by Juan Mata. The Spaniard wheeled away in celebration, only to be called back two minutes later with his run deemed to have been marginally offside.

However, when TV viewers were shown the evidence that the Video Assistant Referee had used, the decision was thrown into huge doubt, with the lines that were drawn across the pitch neither straight, not parallel with the edge of the penalty area.

Either the Huddersfield groundsman was drunk when he marked the pitch or VAR's line drawing software has serious issues. #HUDMUN pic.twitter.com/B7O9hnz0Ul

When BT Sport reviewed it, they decided that the decision should have awarded the goal, and former Premier League referee Graham Poll had a damning assessment of the decision. He said:

“I’m a big fan of VAR, but I cannot support this one.”