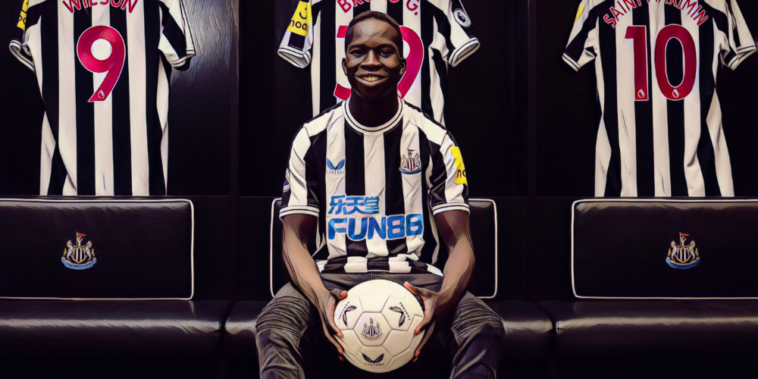 Eddie Howe has discussed the qualities of Newcastle’s new signing Garang Kuol after the completed a deal for the teenage forward.

Kuol has signed a long-term contract after the Magpies agreed a fee with Australian side Central Coast Mariners, where the 18-year-old has shone since signing his first professional contract in June.

The forward has scored five goals in 12 appearances for the A-League side and last week earned a first senior cap for Australia, becoming the Socceroos’ youngest debutant since Harry Kewell in 1996.

Howe is delighted to welcome Kuol to the club and believes the rising star – who has been backed to make Australia’s World Cup squad – is a young player with huge potential.

“I’m very excited. He is a young player with huge potential. It shows from the club and myself where we want to go in signing young players and trying to develop them in our system for them to be Premier League players in the future. He’s had a dramatic rise and he’s in a position that excited everybody.

“There needs to be patience shown. We will look after him and he’ll go out on loan and learn and develop behind the scenes and hopefully when he comes here he can play a part in our future.

“He’s very sharp, agile, quick, a good finisher. He’s got a lot of very positive ingredients and that is going to be nurtured and developed in the next couple of years to get him at the right level for the Premier League. I met him for the first time in person yesterday. That was a very good conversation. He is a very confident, independent lad who has got high motivation.

“He had offers, various options. Playing well against Barcelona recently elevated his status but thankfully we were able to win the race to sign him and we were very pleased to do so.”