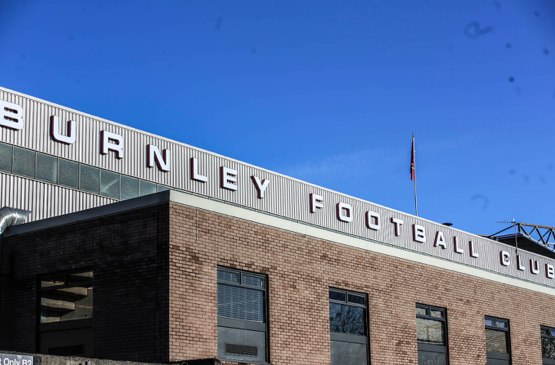 The last few months must have been a real shock to the system from a Burnley point of view. Having become something of a Premier League stalwart since their second promotion in three years back in 2016, the Clarets developed a reputation under Sean Dyche as a team that was hard to beat, particularly at home, with Turf Moor becoming a fortress at times throughout their six-year stay in the top flight.

Initially relegated in the 2014-15 season, the Burnley board persevered with Dyche, even when results had been poor, but took a gamble last season in relieving the former Chesterfield man of his duties, with Mike Jackson and captain Ben Mee delegating from the technical area for the remaining games of the season.

It was a perilous situation that backfired, losing Chris Wood left the Clarets firing blanks once the honeymoon period wore off for Wout Weghorst. The Dutchman has since departed, on loan at least, as have a number of key players, leaving new manager Vincent Kompany with plenty to do this summer before the start of the Championship season.

The Belgian, who assumed charge of Burnley after a stint at Anderlecht, where he was temporarily a player-manager, hardly has the experience needed to navigate the Clarets back to the big time, but the respect he commanded as a player and the leadership he would demonstrate on the pitch for Manchester City clearly impressed the Burnley hierarchy, and despite Nick Pope, Nathan Collins and James Tarkwoski joining Weghorst out of the Turf Moor exit door, Burnley are still one of the favourites for promotion when it comes to the Championship predictions.

Renowned for their hard work and ability to coalign in an organised low block system, Burnley under Dyche was the antithesis of Kompany’s city in his last season. The swashbuckling, possession-based football that Pep Guardiola orchestrated from the Etihad sideline was a site to behold, and something Kompany will slowly want to integrate into his side —in doing so, a shift in identity is required.

In dropping down a league, Burnley not only have the financial windfall of money from the Premier League but also the opportunity to win more games and grow in confidence. Guardiola’s defenders were designed to move the ball through the thirds and transition to attack as seamlessly as possible, with a front three in place to elicit fear in opposition backlines. Kompany will surely ask his two centre backs to step in with the ball, but it will be interesting to see if he defects from the tried and trusted 4-5-1 that kept Burnley stable for so long.

Scott Twine looks as if he’ll lead the line after arriving from MK Dons and, unless a significant bid comes in for Dwight Mcneil, he looks as though he’ll stay put for this season at least. That leaves things down to Kompany, who will have plenty of doubters before a ball is even kicked this season. The move seems to be a long-term project, but whether or not he is given the same time as Dyche remains to be seen.

The 36-year-old is impressed with the facilities and is aware of the dangers a poor start can bring. You only need to look at Derby County’s fall from grace to know that automatic promotion is never guaranteed and it reassuring that Kompany also recognises this.  “It’s really a very delicate and dangerous period of time when you’ve got these transitions,” he said. “You can fall very far down or go very quickly back up.

“I say we’ll see and let’s work in this transfer period to see where the team is. I’m very comfortable in saying I do not know the Championship, but I’m intending to learn very fast and I’m intending to surround myself with people who do know.”

Only time will tell how long Kompany lasts as a Claret, but with the side he has at his disposal, combined with some more shrewd recruitment, they have every chance of playing Premier League football next season.

Read Also – Ranking the most expensive English footballers of all time