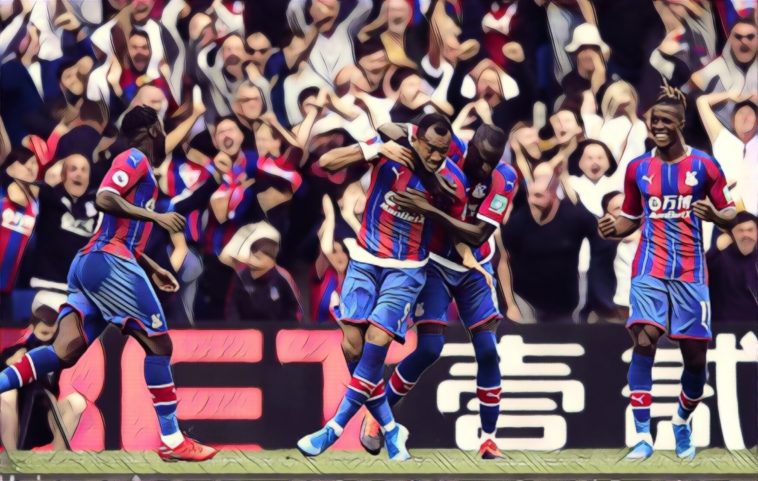 Roy Hodgson felt Crystal Palace were worthy of all three points after his team secured a 1-0 win over ten-man Aston Villa  in controversial circumstances at Selhurst Park.

Jordan Ayew scored the only goal of the game to give Hodgson’s side three points, but a disallowed last gasp equaliser from Henri Lansbury saw the game finish in controversial circumstances.

Referee Kevin Friend ruled out Lansbury’s goal, booking Jack Grealish for diving in the build-up, an incident which sparked a confused and angry response from the away end.

Hodgson admits the incident was unfortunate for the visitors, but says his side were deserved of the three points following an impressive performance: “It’s unfortunate in some ways for us that it’s all going to centre around the controversy at the end.

“I think it was a very good performance from our side, we could have been way out of sight before that controversial situation.

“We have given two very good performances and six points from two games is really worth its weight in gold.”

On Aston Villa’s disallowed goal, the former England manager said: “We think we’ve thrown this away in the last minute and are going to lose two points.

“Lucky for us the referee had made his decision before the ball had gone in the net and that was to give the free kick.

“I don’t think we need to apologise at all for the fact that we won the game.

“If you want to win games you have establish some sort of domination and we certainly did that today and it gave us a win. We know now what we need to do to get more points.”

? "It's like they play FIFA on amateur level" #MCFC pic.twitter.com/UF8ahRQeSS