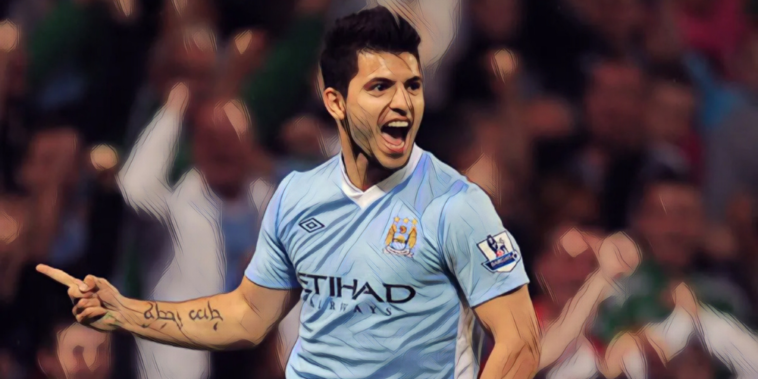 The Premier League is the most watched division in world football with its success and strength having been boosted by imports from foreign shores.

Since the first invasion of overseas imports during the nineties, the Premier League has been blessed with some special talents from across Europe and the wider world, with foreign footballers having elevated the standard of English football.

Among the current crop of cosmopolitan stars is Mohamed Salah, who recently scored his 122nd goal in the Premier League. The Egyptian is the highest scoring African in Premier League history and fast approaching the top five foreign footballers in the all-time goal chart.

Nicolas Anelka’s best football came in the Premier League during a long and nomadic career that saw the forward represent six sides in the division.

Anelka made his name at Arsenal, after signing for the North Londoners as a teenager from PSG. It soon became apparent that Arsene Wenger had unearthed a gem, as Anelka hit nine goals in all competitions during the club’s 1997/98 double-winning campaign.

The Frenchman exploded the following season and was named as the PFA Young Player of the Year after scoring 17 league goals, before a high-profile move to Real Madrid.

Anelka returned to England on loan at Liverpool, before successful spells with Manchester City, Bolton and Chelsea. He won the Premier League’s Golden Boot with the latter, in what represented the most settled period of his career. Anelka won a second domestic double with the Blues and scored 59 goals in 184 appearances at Stamford Bridge.

He scored 125 goals in the Premier League and is one of five players to have scored a hat-trick for three different clubs.

One of Ireland’s all-time greats, Robbie Keane scored 126 goals in the Premier League.

The Dubliner burst onto the scene as a teenager at Wolves and became English football’s most expensive teenager when signing for Premier League side Coventry. His form at Highfield Road soon earned the cart-wheeling forward another major move, as Inter Milan snapped up one of the Premier League’s most exciting prospects.

He returned after struggling to make his mark in Italy however, and had success at Leeds before the best period of his career at Tottenham. Keane scored 91 league goals in 238 games across two stints at Spurs, either side of a short spell with Liverpool.

What a career Robbie Keane 🙌 pic.twitter.com/JpqInr49JC

Keane formed a fine partnership with Dimitar Berbatov at Spurs as the duo dovetailed in North London, with the former’s instinct and industry a fine compliment to the Bulgarian’s languid brilliance.

Keane’s defining performances arguably came at international level, where he scored 68 goals in 146 caps – both of which are Irish records.

Jimmy Floyd Hasselbaink was a prolific presence in the Premier League and became the first overseas player, alongside Dwight Yorke, to win the division’s Golden Boot when the duo shared the award with Michael Owen in 1998/99.

Hasselbaink signed for Leeds from Boavista and scored 34 goals in 69 league games across two seasons, before a contract dispute saw the Dutchman depart for Atletico Madrid.

He returned to the Premier League at Chelsea a season later, with the west Londoners matching the English transfer record to sign Hasselbaink in a £15m deal.

He scored 23 goals to win the Golden Boot for a second time during his debut campaign and remains one of just three players – alongside Alan Shearer and Robin van Persie – to win the award at two different clubs.

The Dutchman signed for Arsenal as a teenager but took time to fulfil his potential, as fitness issues plagued his early seasons in English football.

A move from a wide role into a centre-forward position began to bring the best from Van Persie, whose 2011/12 campaign – his final in an Arsenal shirt – remains an iconic individual season.

Van Persie struck 30 league goals to win the PFA Player of the Year and FWA Footballer of the Year awards, in addition to the Premier League’s Golden Boot following his league-leading total.

Silverware had eluded Van Persie for much of his time at a transitional Arsenal however, and he made a controversial move to Manchester United in 2012. The transfer proved inspired as Van Persie fired the Red Devils to a record-extending 20th top-flight title in his debut campaign.

His 26 goals also earned Van Persie a second successive Golden Boot, with only six players having ever won the accolade in consecutive campaigns.

For many, the defining footballer of the Premier League era. Thierry Henry reigned as the division’s finest for much of his time at Arsenal, a period which saw the Frenchman become the Gunners’ greatest goalscorer.

Henry scored 228 goals for Arsenal, 175 of which came in the Premier League. He won a record four Premier League Golden Boots during his time in English football, whilst he was twice named as the PFA Player of the Year and won the FWA Footballer of the Year award on three occasions.

Henry at his best was poetry in motion, a blend of scintillating speed and skill that tormented Premier League defences and saw the forward redefine the parameters for which centre-forwards are judged upon.

The best player in one of the Premier League’s most iconic sides, he won two league titles and two FA Cups with Arsenal and starred during the club’s famed ‘Invincibles’ campaign in 2003/04.

Sergio Aguero holds the record as the highest scoring overseas player in Premier League history, having scored 184 goals during a record-breaking career at Manchester City.

Aguero spent a decade with City and was among the key catalysts behind the club’s rise, with his debut season in 2011/12 ending with arguably the Premier League’s most iconic moment and that goal to dramatically win the title against Queens Park Rangers.

Sit back and enjoy over three minutes of @aguerosergiokun's @premierleague best bits! 🤩 pic.twitter.com/si1lfG9wsW

The Argentine was explosive and ruthless around goal. He scored 20+ league goals in six different seasons for City, including in five consecutive campaigns between 2015 and 2019.