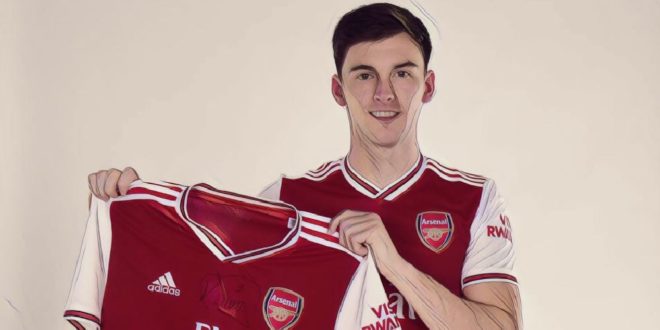 John McGinn says Arsenal new boy Kieran Tierney has ‘got everything’ to succeed in England following his Scottish record move to the Emirates.

Tierney joined Arsenal from Celtic in a £25m deal on deadline day, and Aston Villa midfielder McGinn believes the club’s supporters should be excited by the 22-year-old’s arrival.

McGinn, who plays alongside Tierney for Scotland, says the highly-rated youngster ‘will run through a brick wall’ for the club and has backed his compatriot to be a major success in the Premier League.

“He’s got everything,” McGinn told talkSPORT.

“Once he gets back fit, he will run through a brick wall for Arsenal.

“Not only that, he can gallop up and down the pitch and get assists, he’s a very good crosser of the ball.

“He’s also a really humble guy who will improve all the time.”

Tierney is currently recovering from a double hernia operation and hip problem as he awaits his Arsenal debut, though he is expected to return to first-team action in the coming weeks.