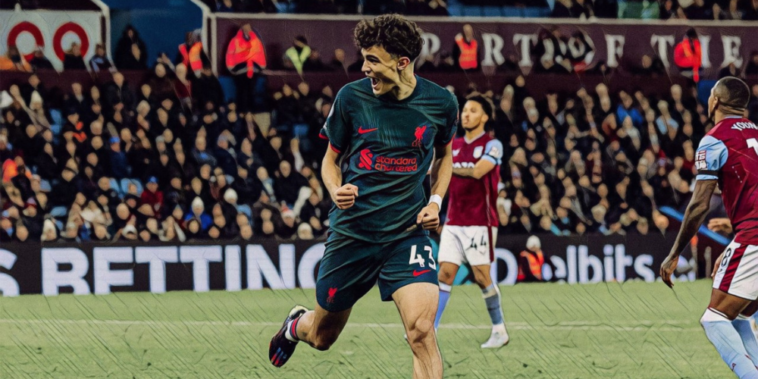 Following the Premier League Boxing Day action, we pick out some of the heroes and villains from the best and worst of the festive fixtures.

Arsenal extended their lead at the top of the Premier League after a come-from-behind win over West Ham at the Emirates.

The Gunners trailed at half-time after Said Benrahma’s penalty opened the scoring for West Ham against the run of play, but responded after the break to underline their Premier League title credentials.

Martin Odegaard was the architect of the Arsenal performance, as the midfielder purred in possession and carved out chances. He won five duels, made five key passes and ended the contest with two assists, recording a 93% pass accuracy with his intelligent use of the ball.

It’s been a season of development from Odegaard, who is fast fulfilling the potential that first surfaced at Strømsgodset several years ago. He has grown into his role as Arsenal’s leader and has revelled in the responsibility that comes with creating chances in Mikel Arteta’s side.

Odegaard now has five goal involvements in his last four league appearances and ten for the Premier League season, just one less than he managed across the entire 2021/22 campaign.

Crystal Palace endured a Boxing Day hangover, as the Eagles were thumped at home to Fulham. The fortunes of Patrick Vieira’s side were not helped by being reduced to ten men, as first Tyrick Mitchell and then James Tomkins received their marching orders.

Mitchell’s red card came with the game in the balance and left Palace with a mountain to climb. The full-back was shown a straight red for a high challenge on Kenny Tete, just three minutes after Palace had fallen behind to Bobby Decordova-Reid’s opener.

Things go from bad to worse for Palace 😬

It was a rash moment that set the tone for a dismal defeat, one which Vieira called “one of his worst days” in charge of the club.

Stefan Bajcetic’s senior career consisted of just seven appearances and 21 minutes of Premier League football before Boxing Day, but the teenager midfielder made an instant impact in Liverpool’s 3-1 win at Aston Villa.

Bajcetic had been thrust into a baptism of fire last week as Liverpool exited the Carabao Cup, with the 18-year-old struggling to make an impact against Manchester City’s experienced trio of Ilkay Gundogan, Kevin De Bruyne and Rodri.

Jurgen Klopp has huge faith in the Spaniard however and introduced Bajcetic with Liverpool under pressure at Villa. Within two minutes he had wrapped up a festive win for the Reds, as he skipped around Robin Olsen and rolled in his first goal in professional football.

It was a real moment of composure from Bajcetic at a crucial time for the visitors, who closed the gap on the top four. The midfielder will want to kick on after becoming Liverpool’s Liverpool’s third-youngest Premier League scorer behind Michael Owen (17 years 143 days) and Raheem Sterling (17 years 317 days).

Frank Lampard is up against it at Everton and the good will the manager earned from the fanbase last season is in danger of unraveling.

It’s six defeats in eight league games for the Toffees, who are just a point outside the relegation places after losing at home to a Wolves side who started the Premier League’s return bottom of the division.

Lampard insisted his side were unfortunate to lose, but successive losses to fellow strugglers Leicester, Bournemouth and Wolves will have raised the alarm bells. Despite being the better side for periods, Everton looked toothless in attack and left themselves open to a late counter that saw Rayan Aït-Nouri score a late sucker punch to win it for Wolves.

Everton = in a relegation battle

Frank Lampard on the reality of his side's position in the Premier League table#PLonPrime #EVEWOL pic.twitter.com/4jilxfPCNs

There’s a myriad of problems at Everton from top to bottom, but the club’s recruitment has been the driving factor in their decline. Could the £35m spent on Neil Maupay and Dwight McNeil have been invested in a more reliable source of goals? That duo have just 36 goals combined in 263 career appearances in the Premier League. For options in the final third, that’s not good enough.

Lampard sold Everton’s most influential player (Richarlison) during the summer and redistributed those funds across the squad. There has been little evidence that it has been beneficial to date.

As the old saying goes, you wait ages for a bus to come and then instead up turns a rocket.

Maybe that’s not quite the right phrase, but it fits the bill for Solly March this week. The Brighton wideman had famously gone some time without a goal, a drought that stretched back to November 2020.

In that time March had taken 62 shots on goal without success, including a league-leading 27 this season. His 766-day wait finally came to an end against Southampton this week, as March capped a brilliant all-round performance with a goal to remember.

What a goal from Solly March!

Having created Adam Lallana’s opening goal with a pinpoint cross, March stepped inside to unleash a Golazo into the top corner for Brighton’s third. It was a brilliant moment for the 28-year-old, whose endeavour has not always been rewarded with tangible output.

Gavin Bazunu is in the midst of a difficult debut season at Premier League level, with the goalkeeper again questioned during Southampton’s sorry defeat to Brighton.

Southampton took a chance on the 20-year-old last summer, following a season in League One that saw Bazunu win the Player of the Season accolade at rivals Portsmouth. His performances for Ireland at international level have underlined his potential, but Bazunu is under pressure to keep his place in the Southampton side after a several errors in recent fixtures.

Against Brighton he was again poor, with Bazunu making a glaring mistake as he failed to get a strong hand on Adam Lallana’s headed opener. The goalkeeper then failed to cover himself in glory for the Seagulls’ second and Nathan Jones might be tempted to take the under-pressure youngster out of the firing line in the coming weeks.

Is that the goal that kick-starts Wolves’ season?

Julen Lopetegui’s reign began with late drama as Wolves snatched a stoppage-time win at Everton, a result which simultaneously lifted Wolves from the bottom of the table and increased the pressure on their beaten opponents.

The left-back charged forward to get on the end of Adama Traore’s cross and score a priceless winner, sparking wild celebrations from the travelling Wolves support.

It was a fine moment for Aït-Nouri and one that has lifted the atmosphere around Wolves, who were rewarded for a bold approach in the closing stages against a passive Everton side.

Lopetugi now has a foundation on which to build and with Matheus Cunha soon set to provide a forward option, Wolves have the talent to climb away from trouble.

Antonio Conte insisted centre-back additions were not necessary at Spurs, but it’s difficult to argue that improvements cannot be made in a team that have conceded the first goal in nine consecutive games across all competitions.

Spurs have just four clean sheets in the Premier League this season and none in their last six games. Once again the north Londoners gave themselves a mountain to climb at Brentford, falling two goals down against the Bees before stirring to come back and earn a draw.

It’s an unsustainable method of achieving results, however, and their slow starts are hurting the club’s push for Champions League football. Eric Dier was at fault in the build-up to the second goal, as the centre-back got his clearance horribly wrong and sliced the ball out for a corner.

It was a basic error and one punished by a Brentford side who strong on set-pieces, as Ivan Toney turned home from the resulting corner.