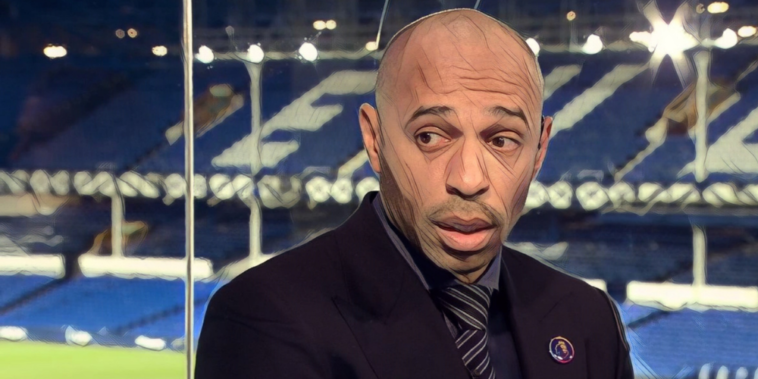 Thierry Henry has played down Arsenal’s recent improvement and has urged his former side to make a ‘statement’ against Manchester United.

Arsenal travel to face Manchester United in the Premier League this evening, with the Gunners having lost just once in their past 10 league fixtures to rise to fifth in the division.

The north Londoners can move into the Champions League places with a win at Old Trafford and Henry has urged Arsenal to make a ‘statement’ in beating the Red Devils.

The club’s record goalscorer has played down the Gunners’ recent wins under Mikel Arteta, but believes a victory over top-four rivals United would demonstrate that the side are heading in the right direction under the Spaniard.

“It showed we can beat Newcastle at home. We can beat Burnley, we can beat Aston Villa before Steven Gerrard arrived. We can beat Leicester with 27% possession,” he told Amazon Prime Video.

“I think personally winning against those teams – and I’m not having a go – but I expect it from Arsenal when they play one game a week.

“Every time they play a team they should lose against they not only lose but they get smashed. The improvement I want to see is can they get top-four?

“I’m an Arsenal fan and I think Mikel Arteta is doing well, but I want to see that improvement.

“Manchester United are not in the top-four but it can be a statement to go there and win and win well.

“We’re talking about Arsenal. I’m not over the moon by a Newcastle win, I want to see them win at Old Trafford tomorrow.”