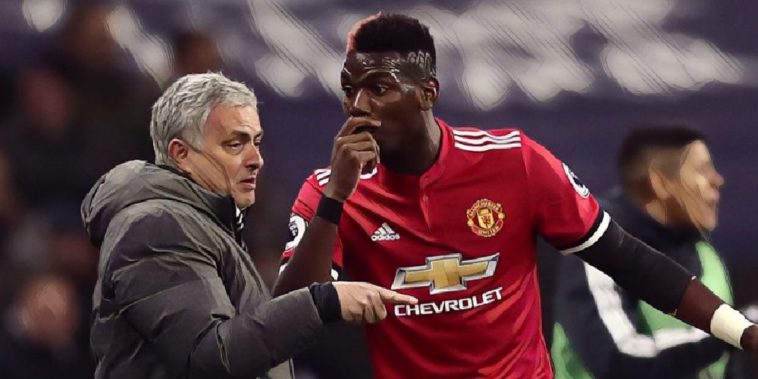 Pogba became Mourinho’s marquee arrival upon his appointment at Old Trafford in 2016, signing in a world-record deal from Juventus and winning the League Cup and Europa League in his debut campaign with the club.

The France international was one of several players who later endured a fraught relationship with the manager, however, including being stripped of the club’s vice-captaincy as Mourinho began to lose the Red Devils’ dressing room.

Mourinho was dismissed from his position following a poor start to his third campaign, with former fans’ favourite Solskjaer taking charge on an initial temporary basis in December 2018.

The Norwegian is yet to win major silverware but has overseen steady progress from the side domestically and Pogba has praised the man-management of the United boss in comparison to the tough treatment he received from Mourinho, with his once ‘great relationship’ swiftly ending.

“Maybe Ole wouldn’t pick them, but it’s not like he puts them on the side like they don’t exist anymore. That’s the difference between Mourinho and Ole.

“Once I had a great relationship with Mourinho, everybody saw that, and the next day you don’t know what happened. That’s the strange thing I had with Mourinho and I cannot explain to you because even I don’t know. So, yeah.”

One player who has enjoyed a remarkable redemption under Solskjaer is Luke Shaw, the England international having emerged as arguably the best left-back in the Premier League this season.

Shaw endured a difficult time under Mourinho and was subjected to fierce public criticism from the former manager and Pogba believes Solskjaer’s close bond with his players has helped bring out the best in his teammate.

“Maybe [Solskjaer’s methods work] because he is a bit closer to the people,” Pogba said.

“Every coach has their own way to coach and deal with players, and as a player you have to adapt. Sometimes it doesn’t suit you and sometimes it does.

“Ole has helped Luke a lot, it was a difficult season with Luke and Mourinho, and he has proved he has the quality he always had and the trust of the manager.”

Mourinho became embroiled in a bizarre war of words with Solskjaer following last weekend’s clash between current side Tottenham and Manchester United in north London, a fixture which saw the Red Devils come from behind to seal all three points.

Pogba admits he was left unsurprised by Mourinho’s post-match comments and says ‘everybody knows’ what to expect with the Spurs boss when he’s on the wrong side of a result.

“I don’t know what happened, I’m sure Mourinho said something that would make people speak, that’s what he does,” said the Frenchman.

“We got the result we wanted, Ole knows it and we enjoyed that moment because we know Mourinho and we know what he likes. We don’t need this [war of words], we just focus on us.