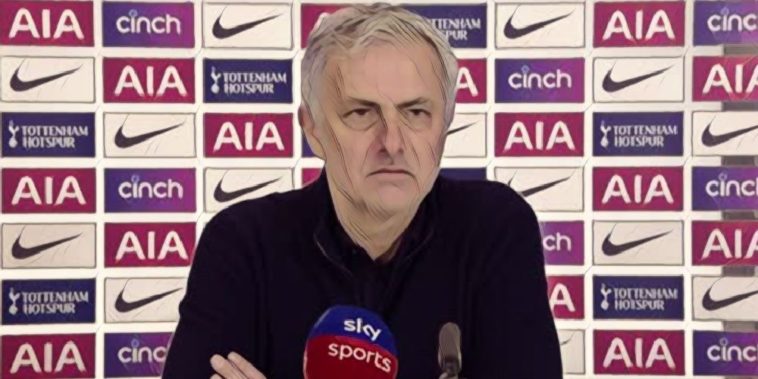 Solskjaer was critical of Son Heung-Min over an incident that saw United disallowed an opening goal in north London, the South Korean going down under minimal contact from Scott McTominay in the build-up.

The goal was disallowed following consultation with VAR, with Solskjaer critical of perceived play-acting from Son who he says ‘conned’ the officials into disallowing what looked like a perfectly legitimate goal.

The Norwegian used a bizarre analogy during his pitchside interview, suggesting he would not provide his own son with food through embarrassment had he acted in a similar way to the Spurs‘ forward.

Solskjaer told Sky Sports after the game: “I have to say, if my son stays down like this for three minutes and gets 10 of his mates around him… if he gets that in the face from one of his other mates and he needs 10 of his mates to help him up, he won’t get any food.”

Mourinho then hit back at Solskjaer following his accusations of play-acting, whilst revealing his anger that the Manchester United manager’s comments were not brought up by the media and questioning the differing treatment he believes he receives.

“Let me tell you something. I am very, very surprised that after the comments that Ole made on Sonny, you don’t ask me about it,” the Portuguese said at his post-match press conference.

“And I told Ole already this, because I met him just a few minutes ago. If it’s me, telling that player A B or C from another club, ‘If it was my son I wouldn’t give him dinner tonight,’ or something like that, what would be the reaction?

“I just want to say, Sonny is very lucky that his father is a better person than Ole, because I think a father – I am a father – you have to always feed your kids, it doesn’t matter what they do.

“If you have to steal to feed your kids, you steal. I am very, very disappointed, and like we say in Portugal bread is bread and cheese is cheese, I told Ole already what I think about his comments.”