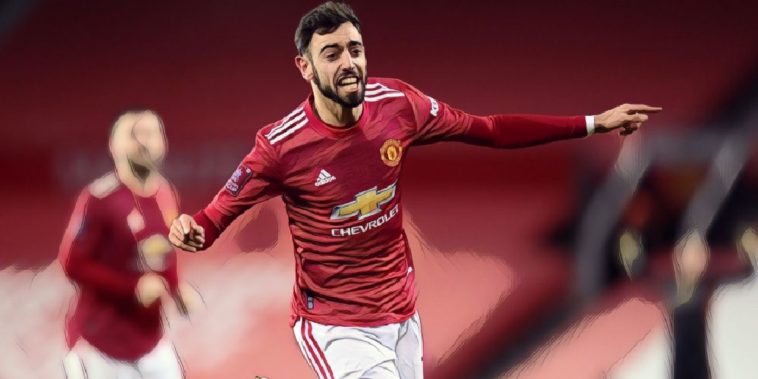 We’re reaching the final stages of the 2020/21 Premier League season and interest will soon turn towards the end-of-season awards, the individual accolades always eagerly anticipated by supporters.

It’s been an impressive campaign for several leading names at the division’s top sides and we’ve picked out some of the Premier League’s finer performers.

Here are our selections for each ‘top six’ club’s Player of the Season:

Arsenal have endured a disappointing campaign during Mikel Arteta’s first full season in charge, the Spaniard unable to build on last season’s FA Cup success as his transitional side have failed to find consistency.

The north London side currently sit ninth in the division and face an uphill task to secure European football, a number of experienced stars having failed to perform for much of the campaign.

Amid a season of struggle, however, has been the bright performances of Bukayo Saka, who has built on his breakthrough campaign in 2019/20 to establish himself as arguably the club’s most influential name.

Having featured at wing-back for much of last season, the teenager has featured in a more prominent attacking role this term and has flourished, scoring five goals and providing two assists.

No teenager has netted more in the Premier League this season, whilst his awareness and ability to operate on the half-turn add a new dimension to the Gunners attack in whichever role he is selected.

Saka’s versatility makes him a strong chance to go to the European Championship this summer with England and the 19-year-old is a player Arsenal can build around as they look to return to former glories.

Mason Mount has taken a giant step towards silencing his doubters with a season of consistent excellence for Chelsea, the midfielder showcasing exactly why he is so highly-rated by coaches for both club and country.

Chelsea’s summer spending had threatened the academy graduate’s place in the side but the 22-year-old has made himself an irreplaceable figure, scoring six goals, providing four assists and thriving in a variety of roles.

Those numbers tell only half the story with Mount ranking second in the division for key passes and third for shot-creating actions, whilst he also stands amongst the Premier League’s leaders for expected assists.

His contribution off the ball is often widely discussed when assessing Mount’s qualities, though his tireless pressing and intensity is just one aspect of his multi-faceted midfield talents.

Inventive, industrious and increasingly crucial to Chelsea, Mount appears to be getting better and better with each passing performance and forms part of an exciting generation of emerging English talent.

The list of candidates for Liverpool’s Player of the Season accolade is much shorter than this time last year, the Reds having fallen hugely from last season’s drought-breaking title success.

It’s been a season of struggle and unwanted records for much of the campaign with Jurgen Klopp’s side facing a fight to secure Champions League football for next season.

Several notable names have failed to replicate their past performances during the current season, though Fabinho has perhaps been the exception to the rule as Liverpool’s leading light.

The Brazilian was forced into an unfamiliar centre-back role for much of the season following the club’s defensive injury crisis, performing admirably in the position before being restored to midfield.

Liverpool’s recent upturn in form has coincided with that change as Fabinho has brought an air of dominance to the engine room, protecting an inexperienced back four and getting the Reds on the front foot with his tenacity and assured passing.

Diogo Jota’s excellent debut season and Mohamed Salah’s brilliant goalscoring consistency deserve mentions, whilst Nat Phillips has become a fans’ favourite even if his long-term future is perhaps away from Anfield.

Manchester City are rapidly heading towards a third Premier League coronation in four seasons, bouncing back from an indifferent 2019/20 season to sit comfortably clear of the chasing pack.

Pep Guardiola’s side struggled defensively last season before splashing out on reinforcements last summer, the club breaking their transfer record to secure Ruben Dias from Benfica in a £62m deal.

That fee has proven an inspired investment with the Portugal international having had a transformative impact on the side’s fortunes, a previous weakness turned into a position of great strength as the 23-year-old has brought leadership and presence to the backline.

Dias’ arrival has brought out the best in John Stones with the two forming a miserly partnership, the latter worth a mention given his renaissance at the Etihad this season.

Ilkay Gundogan also deserves credit for the best season of his career, enjoying an incredible goalscoring run over the festive period to fire City’s title charge.

It’s difficult to look beyond Dias for the club’s individual accolades, however, a player who has made an immeasurable impact on the league leaders and champions elect.

The bookies’ favourite for the Player of the Season accolades, Bruno Fernandes headlines Manchester United’s star performers during a 2020/21season that has shown progression.

Fernandes’ impact since arriving mid-way through last season has been nothing short of sensational, with few signings in Premier League history having ever made a more impressive immediate impact.

The Portugal international broke Frank Lampard’s record for most goal involvements by a midfielder during a calendar year in 2020, his performances making him the irreplaceable centre-piece of Ole Gunnar Solskjaer’s side.

Fernandes has scored 16 league goals and provided 11 assists, the former tally bettered by just Harry Kane and Mohamed Salah, whilst the latter is second to only to Kane.

United are unquestionably a better side with Fernandes as their creative hub, a world-class addition to the ranks as the Red Devils look to challenge for major silverware.

Luke Shaw earns his position as runner-up in our rankings, having bounced back from a difficult period to emerge as arguably the finest left-back in the league this season.

Could it really be anyone else?

Son Heung-Min deserves great credit following a blistering start to the season and remains the perfect supporting cast member, but it is Kane who remains the shining light of the Tottenham team.

Long recognised as a great goalscorer, Kane has elevated his game to new heights this season with his full range of attributes on offer, dropping deeper and picking out forward runners with intelligent passes between opposition lines.

Kane’s creative qualities see him lead the Premier League for assists, whilst he is also the joint-leader in the race for the division’s Golden Boot alongside Mohamed Salah after netting 19 goals for the campaign so far.

The England captain could become the first player since Andy Cole in 1993/94 to finish top of the division for both goals and assists outright, whilst a third Golden Boot would move him level with Alan Shearer and just one behind Thierry Henry’s all-time landmark of four.

Kane appears irreplaceable for Spurs and the club must find a way to fulfil his ambitions or the dreaded prospect of losing their star name may soon become a reality.