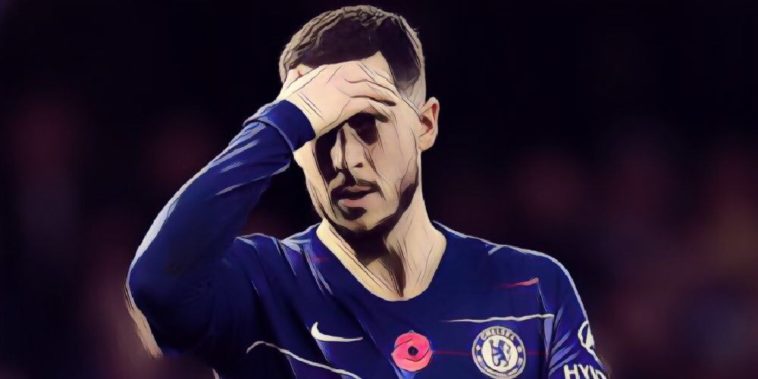 Chelsea attacker Eden Hazard has admitted that he has frustrated all the coaches he has worked with during his career.

The 28-year-old Belgium international has established himself as one of the best forward players in Europe since joining Chelsea from Lille in 2012, winning two Premier League titles and the PFA Players Player of the Year Award.

However, after initially performing well for big name bosses like Jose Mourinho and Antonio Conte his form has usually tended to dip amid rumours of falling outs behind the scenes, and once this happens Chelsea managers usually don’t tend to remain employed at Stamford Bridge for too much longer.

Current Blues boss Maurizio Sarri attacked his players for being difficult to motivate after their recent 2-0 loss to London rivals Arsenal, and Hazard has openly admitted that he is frustrating the Italian coach, while also conceding that the same thing will more than likely happen with any other managers he works with in the future.

“They think that I need to mark more, do more of this and more of that. And the next coach that I have, I’ll frustrate him as well.”