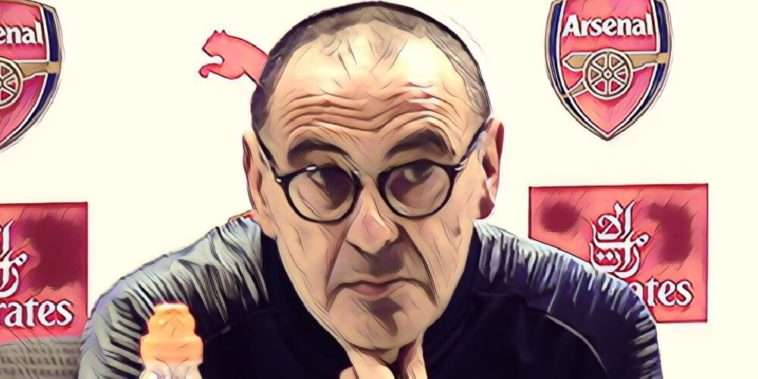 Chelsea slipped to a 2-0 defeat to Arsenal in the Premier League yesterday, a defeat which prompted a furious response from their manager Maurizio Sarri.

We brought you some of Sarri’s reaction yesterday from some of his post-match interviews, but the Italian still hadn’t calmed down by the time it came to his post-match presser.

The 60-year-old decided to conduct his press-conference in Italian to ensure his message was delivered loud and clear, and he laid the blame firmly on the doorstep of the players, criticising their mentality, saying that they are ‘extremely difficult to motivate’.

Here is what he said…

“Today, I prefer to speak Italian first of all, because I want to send a message to my players and I want my message to be very clear,” Sarri said.

“I am extremely angry. Very angry indeed because this defeat was due to our mentality more than anything else, our mental approach because we played against a team that was far more determined mentally than we were and this is something I can’t accept.

“We had a similar issue in the league game at Tottenham, we spoke a great deal about that particular loss and our approach at the time. I thought we had managed to overcome this issue but it seems we have the issue with having a sufficient amount of determination, being mentally solid, so I am not happy because I prefer to come into the press conference and to speak to the players and talk about tactics and why we lost from a tactical and strategy point of view, but the fact of the matter is it appears this group of players is extremely difficult to motivate.

“When you see this kind of game when one team is more determined than the other, we can’t really talk about tactics.

“From a technical point of view I think the teams are pretty much on the same level but when Arsenal are more determined than us, the tactics don’t even come into it. Their high level of determination was pretty obvious throughout the game, particularly in both penalty areas. They were clinical when they scored their goals and in defence we stood off and we were not as determined, we were not strong enough, particularly the first goal we conceded.

“Don’t get me wrong, we could have lost that game anyway but we could have lost it for tactical reasons and technical reasons, but we lost it because of our determination. Of course, I couldn’t possibly say I am not responsible as well at least in part for the mental approach. That is something that we have to share.”

Asked if the mentality can be changed, Sarri said that somebody, either a current player or a new player coming in, has to assume responsibility.

“It is a difficult question to answer, it seems to me that as a group of players they are not particularly aggressive from a mental point of view, they don’t have that ferocity in their mentality and that is down to the type of players they are, their characteristics, and it is something that is difficult to change. It could take quite a long time but it could be changed by a new player coming in or perhaps by one of the old heads in the team assuming responsibility and driving the team forward.”

Sarri added that he was determined to see through the job of changing the clubs mentality.

“For example our defending ended up with us running backwards rather than coming and pressing high up the pitch; we are a team that should be playing one or two touches whereas instead at times we were taking seven or eight touches and this is something we don’t want to happen, we want to be playing our own football and this something we are going to have to try to change.”