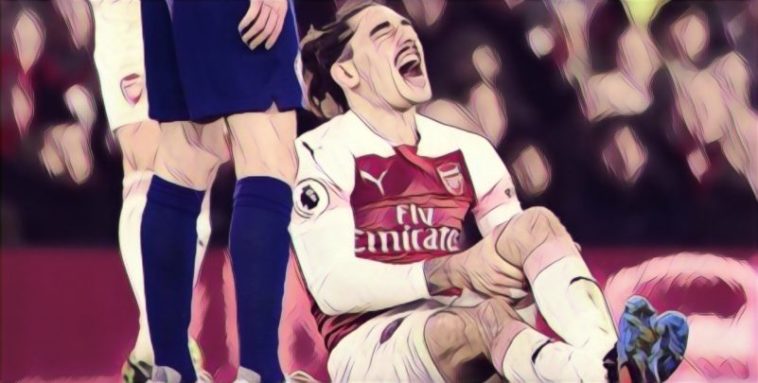 Arsenal defender Hector Bellerin has revealed that he is staying positive despite suffering a season-ending injury during the Gunners 2-0 win over Chelsea last Saturday evening.

Spain international Bellerin has been one of Arsenal’s most consistent performers this season under Unai Emery. The 23-year-old was again excellent against Chelsea and provided an assist for Alexandre Lacazette’s opener at the Emirates, but disaster then struck when he was stretchered off during the second half.

Arsenal confirmed yesterday that Bellerin has suffered an ACL injury and will be out of action for as long as nine months.

Bellerin has since taken to Twitter where he revealed that he is facing the challenge of his recovery with positivity and thanked fans for all the well wishes he has received:

There are no obstacles in life you can't get over. Been a difficult couple of days but I'm positive and ready to take whatever challenge comes my way. Thank you so much for the love and messages, you are incredible ❤ pic.twitter.com/onwrMvIKui

Arsenal also sent Bellerin – who joined the Gunners from Barcelona as a 16-year-old in 2011 – a message of support as he begins his long road to recovery.

Arsenal through and through 🔴

We’re gutted for you, Hec – and we’re sending you all of our love and support ❤️