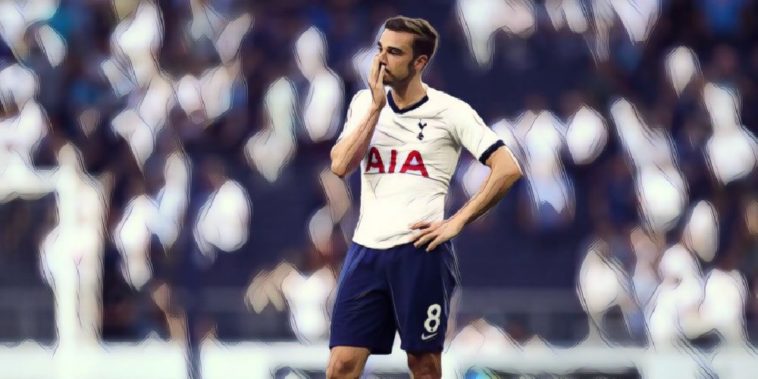 Harry Winks has emerged as a shock target for Manchester United and Manchester City with the city rivals considering an approach for midfielder this month.

The Tottenham star is amongst a host of names being considered by the duo this month as they seek January reinforcements, with United in particular keen to add to their midfield options during the winter window.

Winks has fallen out-of-favour since the arrival of Jose Mourinho as the club’s new manager, starting just two of the club’s past eight fixtures and completing the 90 minutes on just two occasions since the 56-year-old’s arrival at the club in November.

The England international’s situation has now alerted the Manchester rivals, with the 23-year-old fitting the profile of young, British talent that Ole Gunnar Solskjaer has so far sought to add to his Manchester United side.

According to The Athletic, City are also known to be admirers of the player, and the champions are considering their midfield options with Fernandinho turning 35 before the end of the season and captain David Silva announcing he will be leaving the club at the end of the current campaign.

Winks’ ability to retain possession and dictate play from a deep-lying position are likely to appeal to Pep Guardiola, who could seek to make a move to bring the midfielder to the Etihad this month.

Winks started for Spurs during their 1-1 FA Cup third round draw with Middlesbrough on Sunday, though was substituted after suffering an ankle injury and is now a doubt for this weekends Premier League clash with league leaders Liverpool at the Tottenham Hotspur Stadium.